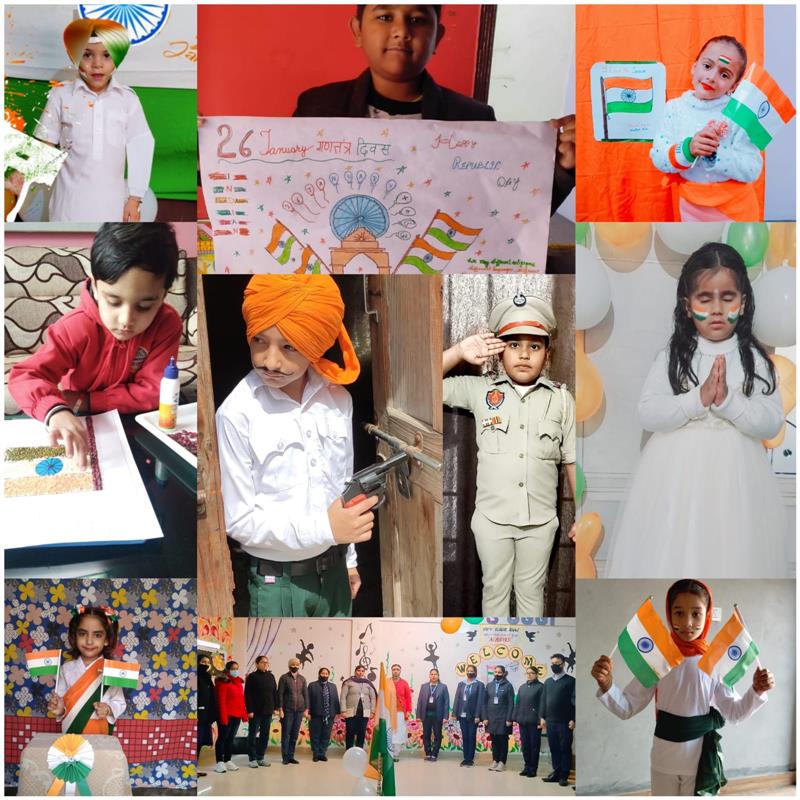 Schools and colleges across the city on Tuesday celebrated Republic Day through virtual mode. The institutions kept the students engaged in various activities such as poster-making, face-painting and slogan-writing to instil patriotic spirit among them. 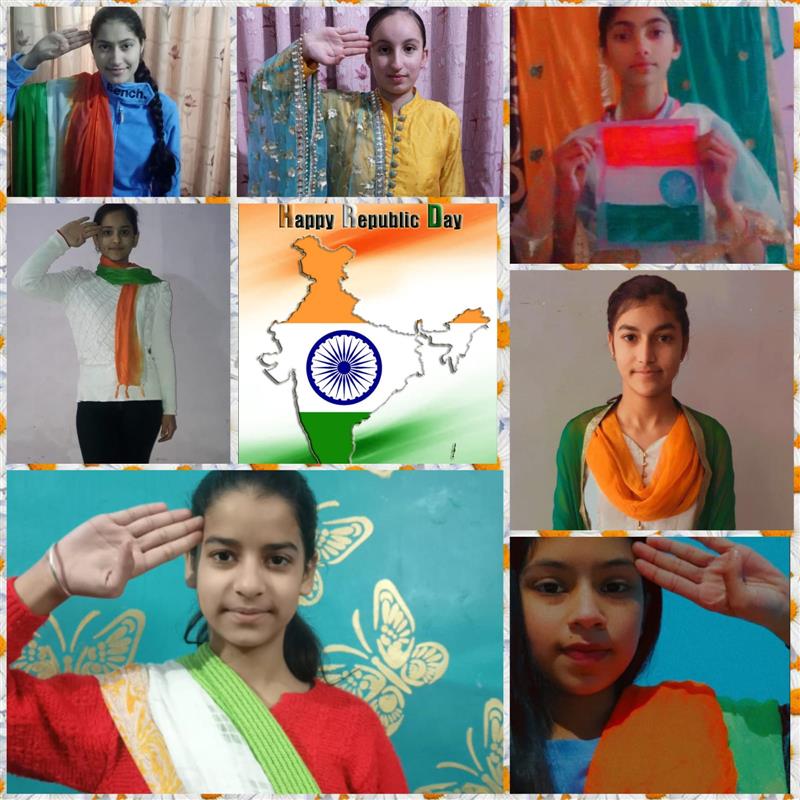 Students participated in activities such as poster-making, poem-recitation and collage-making virtually. Students exhibited creative skills. Principal Rachna Monga told students about the importance of the Constitution. 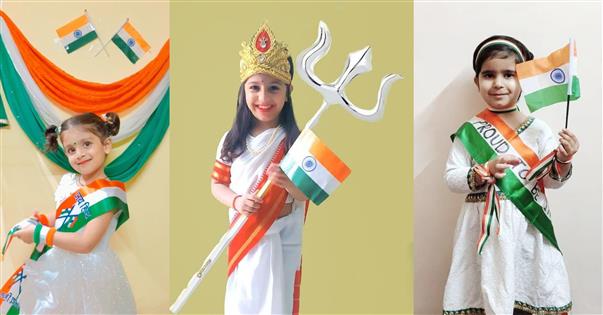 The Republic Day ceremony commenced with the hoisting of the national flag by Principal Pooja Prashar. This was followed by the rendition of the national anthem. The NCC wing also participated in the event.

The special assembly began with the NCC song. The students pledged to become responsible citizens. The cultural programme comprised speeches, patriotic singing and dance performances. Students also performed ‘Surya Namaskar’. The school has decided to engage in the project of 750 million ‘Surya Namaskars’ of The Ministry of Education as part of the Azadi Ka Amrit Mahotsav. Pro-Vice Chairman Thakur Arun Singh and Principal Ritu Kaul congratulated everyone on the occasion. The programme culminated with a special address by school CAO Colonel AK Maini.

Various activities were organised to apprise students of the heritage of the country. An inter-house English declamation competition was held for classes III to V. In all, 48 participants took part in the competition. Saanvi Dogra and Mayank of class III bagged the first position, while Aradhya Narang and Aaryan stood second. Hazel Sharma and Shivansh Sharma stood third. In class IV, Paavni secured the first position, Simarpreet Kaur and Gurjit Singh shared the second spot and Vani Kalia stood third. In class V, Hitakshi Sharma, Prabhseerat and Dikshita were the top three winners.

The chain of schools organised poster-making, fancy dress and dance competitions. Principals and teachers hoisted the National Flag. Students made posters and presented kathak, giddha and bhangra. DIPS Chain of Institutions MD Tarwinder Singh, CAO Ramneek Singh and CEO Monica Mandotra felicitated Principals, teachers and students on the occasion and urged them to work for peace and prosperity of the nation.

The Sweep Club, the Electoral Literacy Club, the Red Ribbon Club, the NSS wing and the Department of Political Science, organised activities such as poster-making, slogan-writing and essay-writing. A poster-making activity was also held by the Post Graduate Department of Fine Arts. Students presented their views on social construction, gender equality, national unity, development of science and technology and importance of voting. Principal Atima Sharma Dwivedi said the Fundamental Rights enshrined in the Constitution must be guaranteed to all citizens.

Ashish Kumar, a student of BTech (computer science) at Lovely Professional University (LPU), was declared among the top three ‘All-India Best NCC Cadets’. At present, he is Under Officer (UO) of the Army Wing of the NCC, and will receive a bronze medal during the 73rd Republic Day parade to be held in New Delhi. To win this award, Ashish underwent 100-day training at the national NCC camps. Other NCC and NSS students of Lovely Professional University (LPU) will also participate in the Republic Day celebrations at New Delhi. Deeksha Gaur of BBA-MBA (integrated), Omkar Nath of MBA and Saumya Singh of BTech (mechanical engineering) will also participated in the parade. The Ministry of Youth Affairs and Sports have selected LPU students from among lakhs of volunteers who participated from across five zones of India.

Various online activities such as poster-making, rangoli-making, block-painting and face-painting were held. Students from all departments of the college participated in the activities based on the theme of Tricolour. Principal Neerja Dhingra it was important to engage students in such events to help them understand the significance of important days. She appreciated the efforts put in by students in the celebration.