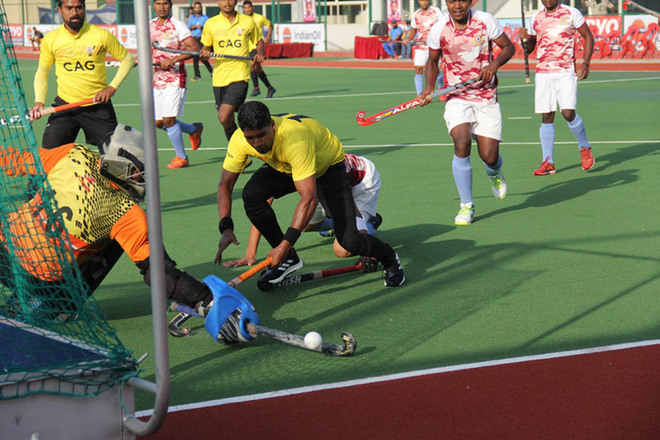 Players of CRPF Delhi and CAG in action during a match in Jalandhar on Tuesday. Malkiat Singh