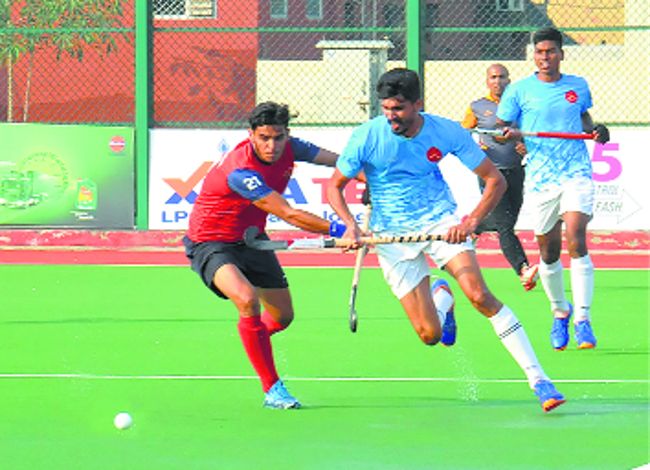 In Pool C, the Border Security Force stared in very fast note. In the very first minute, their Sanjeev Kumar scored a field goal (1-0). After that the Indian Air Force controlled the game. In the 21st minute of the play, Air Force’s Cariappa MB equalised (1-1).

With this win, Indian Air Force bagged three points in the league stage as they lost their first match to Punjab & Sind Bank Delhi. BSF have to play their last league match on October 29 against Punjab & Sind bank Delhi.

The second match in Pool B between Punjab Police and Army XI was played on a very fast note. The first quarter was goalless. In second quarter’s 19th minute, Punjab Police took the lead with the field goal scored by Raman from right flank (1-0). Armymen wasted two golden chances to equalise. At half time, Punjab Police were leading 1-0.

After lemon break, the Army team mounted pressure and earned five penalty corners but they were not able to equalize. With this win, Punjab Police topped the Pool B and reserved berth in semis. Earlier Punjab Police beat Rail Coach Factory Kapurthala in their first league match.