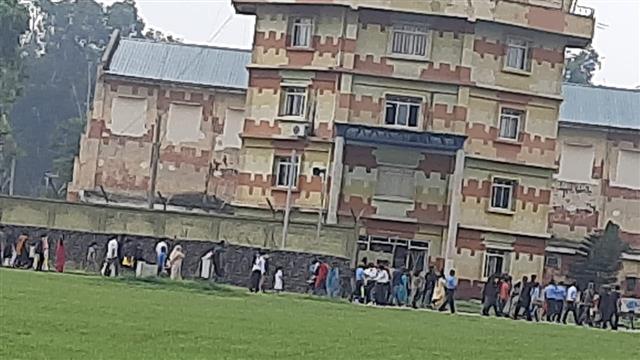 Over 2,000 visitors, including civilians, Army personnel and their families and mediapersons were disppointed as the much-awaited airshow by the Suryakiran Aerobatics Team (SKAT) scheduled for Saturday morning was cancelled owing to sudden cloudy weather.

The SKAT had been practising for the event for the past three days in Jalnadhar and the residents were excited about the show, to be viewed best from Katoch Stadium at Jalandhar Cantonment.

The nine Hawk fighter jets took off from Adampur IAF base at 9.20 am and flew over the Cantt. The pilots performed just one aerobatic loop and thereafter were nowhere to be seen. The loop too was not very clear because of the clouds.

Later, it was announced that owing to the cloudy weather the show had been cancelled.