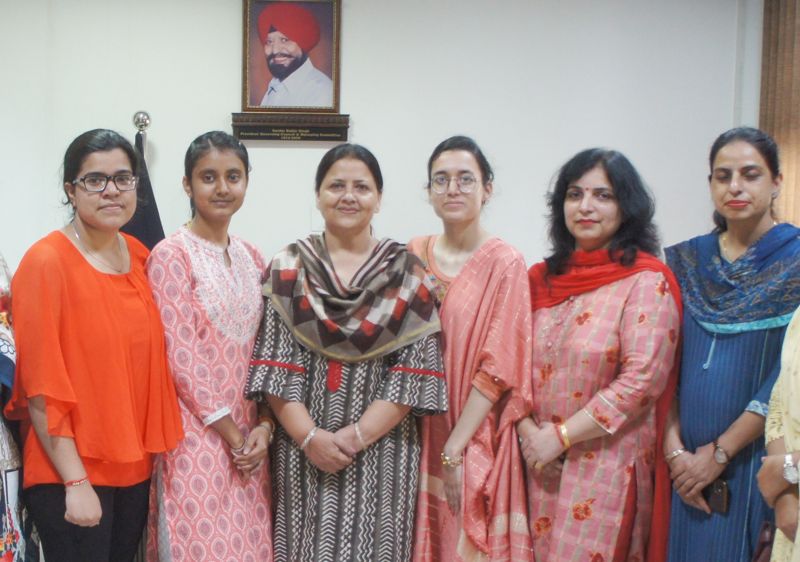 Jalandhar: The Bassi Educational Society-run Cambridge International School, Phagwara, had a proud moment as the school hosted the Sahodaya Swimming Competition. The school students won 18 Gold medals, 46 Silver medals and 29 Bronze medals in the contest. The competition was held for different categories U-12, U-14, U-16 and U-19. As many as 300 swimmers from 24 different schools across Jalandhar, Hoshiarpur and Kapurthala participated in the competition wherein 93 medals were to the credit of the school. School principal Jorawar Singh lauded the performance of the students and congratulated them. The students were awarded with medals and certificates in a special assembly.

The All India Council of Technical Education (AICTE), in association with the Heartfulness Education Trust (HET) and the Unique App- Your One Life (YOL) honoured Lovely Professional University (LPU) with the National Unicorn Award in Hyderabad. The award was bestowed in the presence of the Chairman, AICTE, Dr Anil Sahasrabudhe; Member of the Legislative Council, Nizamabad, K Kavitha, among others. These awards, institutionalised by HET, AICTE & YOL, are meant to recognize the happiest institutions. 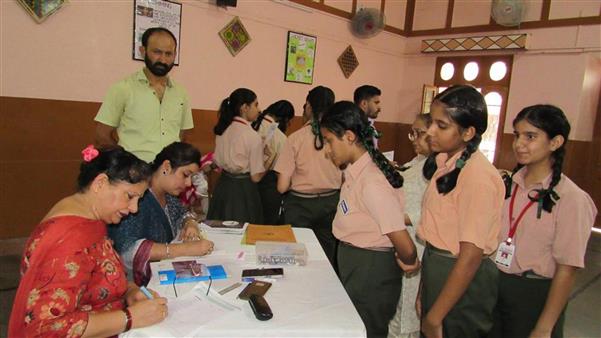 To create awareness among the students regarding eye-care, Swami Sant Dass School organised an eye-checkup camp on the school premises. Dr Damanjot Dhingra, MS (Eye), with her team mates, examined nearly 100 students. All the students received optical prescriptions. The objective of this event was to spread awareness regarding the eye disorder, its early detection, detect refractive errors and eye ailments among students and its prevention. The principal advised the students to reduce their screen time.

Hindu Kanya College, Kapurthala, organised an investiture ceremony to introduce the newly-elected Students' Council, Student Welfare Committee, Captain and Vice Captains of four Houses of the Collegiate School. Anjali, student of BA- fifth semester was elected as the Head Girl and Kulwinder Kaur, student of B. Com-5th Semester became the Vice Head Girl of the college. Dr Tajinder Kaur, Priyanka Sharma and Shivani Pabby were elected as the Staff Representatives of the Students' Council from Humanities, Commerce and IT streams respectively. College Principal Dr Archna Garg elaborated on the importance of reading the prospectus of the college to know about the code of conduct.

Students of the PG Department of Commerce and Business Management of Doaba College got an impressive result in the GNDU semester examinations, bringing laurels to their institution. BCom Sem-II Students- Vandana Dhir got 595 marks out of 700 and bagged the ninth position in GNDU while Mohit Kumar got 578 marks out of 700 and bagged the 40th merit position in GNDU. Principal Dr Pardeep Bhandari congratulated these outstanding students, their parents and Dr Naresh Malhotra-Head, and faculty on this achievement.