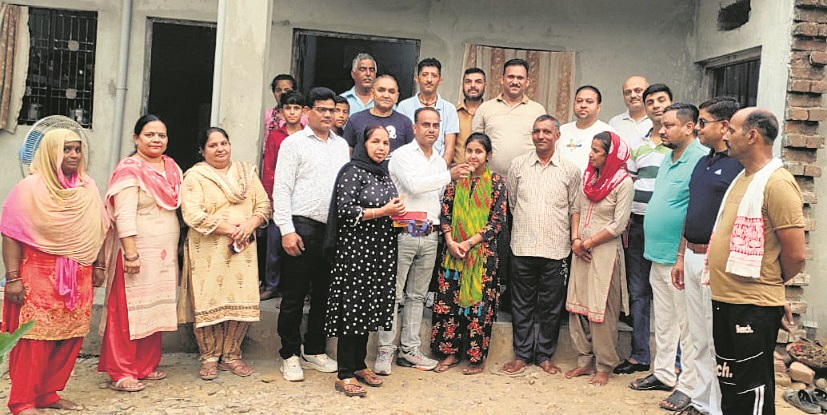 Simran, a student of Sri Jagdish Ram Senior Secondary Smart School of Palahar village under block Talwara, has done the school proud by securing the fourth position in PSEB Class XII exams in the state. The results were announced by the PSEB on Tuesday.

Simran said despite being ranked fourth in the Class XII exam in Punjab, it is not possible for her to pursue higher studies due to financial constraints at home. Her mother Saroj Kumari contributes to the family income by stitching clothes of villagers at her house while her father Dhyan Singh is a labourer. So, it is difficult for her to continue her studies.

She has made up her mind to do ETT. She is thinking of adding to the family income by teaching children just like the teachers of her school.

She said though she took no tuition in any subject, she emerged at fourth place in Punjab. She kept studying under the guidance of her teachers, besides focusing on self-study and classroom learning.

Simran said she tried to understand everything taught by the teachers with great diligence and hard work. She owed her success to school principal Veena Badhan and other teachers who helped and guided her.