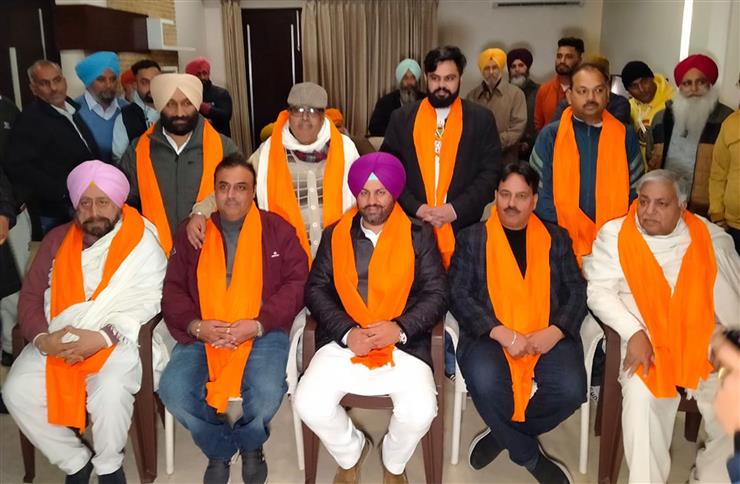 In a midnight ‘surgical strike’ against sitting MLA and official Congress candidate Navtej Cheema, Independent candidate Rana Inder Partap Singh, who is the son of minister Rana Gurjeet Singh, got all 10 party councillors of the Municipal Council, Sultanpur Lodhi, on his side.

The 10 councillors also include MC chief Deepak Dhir Raju and vice-president Navneet Singh Cheema of the Sultanpur Lodhi. At the meeting, which lasted till 1.30 am, all assured Rana Inder Partap Singh that they would work for his victory.

The move of the Ranas has surely put Cheema in a tizzy. This morning as the group picture of the councillors went viral, junior Rana threw a challenge to Cheema saying that he should better surrender the seat instead of facing a humiliating defeat. “All the leaders and ground workers have left you and joined me. It would be better if you take a respectable exit from the seat now,” he said as his video went viral.

Rana Inder Partap also alleged: “The councillors have told me that Cheema is keeping blank affidavits and cheques signed by them with him, which he could use any time to harass the elected representatives. I openly challenge him to use these cheques and affidavits of the councillors now to threaten them for withdrawing support in my favour.”

In a move to counter Rana’s attack, Cheema, too, organised his show of strength today. He organised a meeting of his supporters from the town and sarpanches from adjoining villages. Cheema also threw a challenge on Rana. “You may show the joining of all 10 councillors, but the residents are with me. When the results will come, he will himself see how he fares from the urban part,” Cheema said.

Cheema once again wrote to the high command asking them to look into the alleged interference of minister Rana Gurjeet Singh. He told the minister: “Do not use your clout as the minister to use your influence on the councillors. You should ideally resign from the Cabinet before coming down to contest elections for your son.”