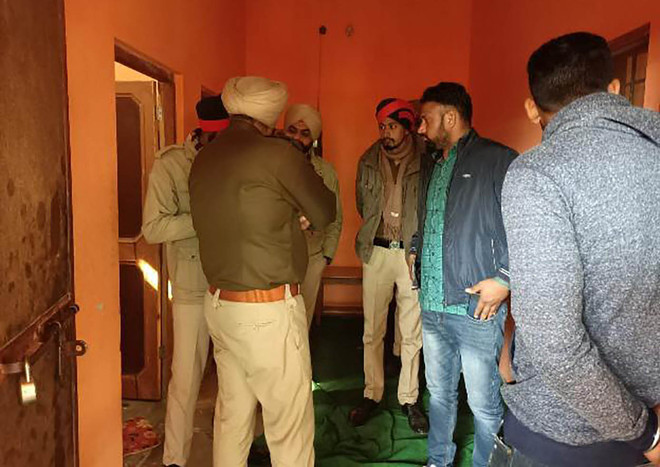 Cops conduct a probe at the temple where a firing incident was reported in Phillaur on Sunday. Tribune photo

A temple priest and a 15-year old girl, who worked with him at the temple, were shot at by two persons at Bhar Singhpura village in Phillaur here on Sunday.

The Station House Officer, Phillaur police station, said: “An FIR has been lodged against two persons under Sections 307 and 34 of the Indian Penal Code and Sections 25, 27 and 54 of the Arms Act. The victims are serious and are receiving treatment. The search for shooters is on.”