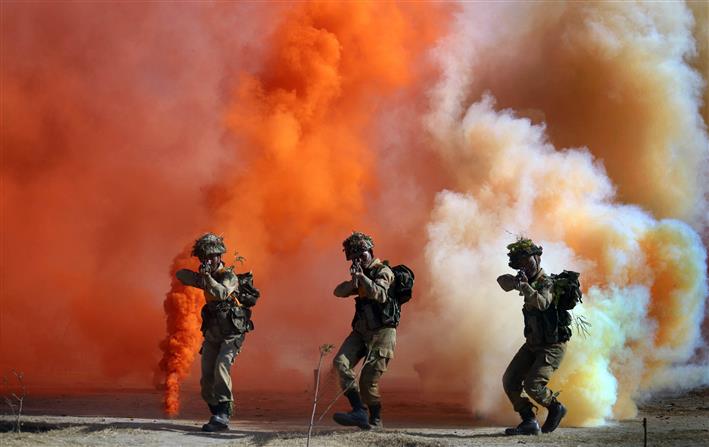 With an ever-increasing influx of terrorists, drugs and weapons entering the Indian territory from the borders, there remains a continuous challenge to recruit fresh blood in the BSF and train them for any counter-insurgency. Tribune reporter Deepkamal Kaur and photographer Sarabjit Singh take a round of the BSF training camp at Kharkan in Hoshiarpur, which is well-equipped with ranges, grounds and instructors for specialised training

Taking up a daunting task to train its recruits involved in the first line of control, the Subsidiary Training Centre of the Border Security Force at Kharkan in Hoshiarpur has a lot to offer.

Spread in an area of 898 acres along the Una road, multiple batches of more than 1,400 fresh recruits and in-service personnel are currently taking a rigorous training here before they join the 2.50-lakh strong force and are made capable enough to guard the 3,323 km India-Pakistan and the 4,096 km India-Bangladesh borders.

The Kharkan campus is well equipped with shooting ranges, training areas, stadium etc. It encompasses 224.5 acres of forest area around where several herds of monkeys, wild cats and snakes thrive. It is in this jungle that the trainees learn to set up camps. Despite cold weather, recruits have to wake up early in the morning and reach the training grounds even when it is still dark. The tough regime that they are made to follow for the 10-month training shapes up both their personality and built. The instructors training them on the campus share that there is a drastic change in the looks, conduct and posture of the trainees on the occasion of the passing-out parade and when their families catch up with them, it is difficult for them to recognise their wards.