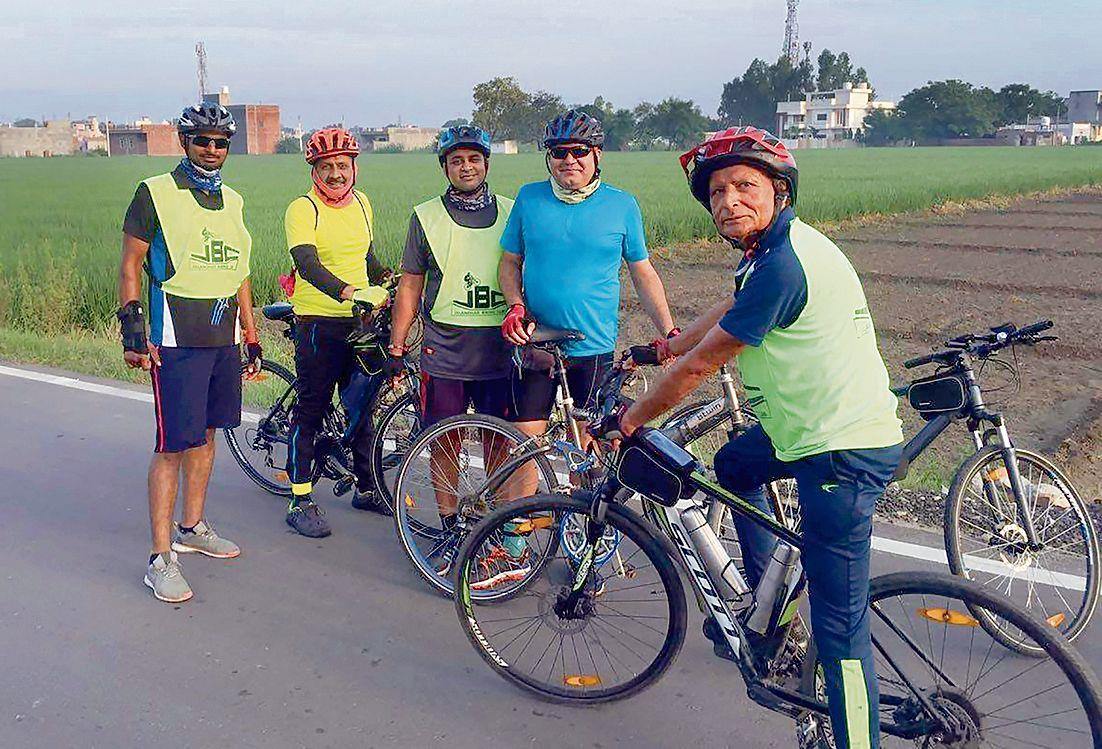 Aged 74, Adarsh Nagar resident and businessman Baljit Mahajan pedals around 100 km daily to stay fit. He has traversed 1.29 lakh km in the past four and a half years.

Owning a sports goods manufacturing business, he says, “It all started when I went to Holland in 1998 as an invitee for a project on manufacturing cricket bats by hand. Landing at airport there, I saw that every car which was in the parking area and also on road carried a cycle. About 3 km away from my hotel, my driver told me that now I would have to walk or take a rental cycle from there to go ahead as the cars were not allowed ahead. Staying there for 32 days, I realised that the air was pollution-free. I came much inspired but my cycle was 24 kg and I did not enjoy it much till I bought a new cycle meant for professionals 12 years later in 2010.”

He recalls, “At that time, Firefox company offered us to start their showroom in the city. That's how I got a new cycle. I began promoting cycle by forming a club, encouraging youngsters and children to become members and involving all communities by holding cycle rallies and the numbers began to swell. The trek cycle that I now ride weighs just 6 kg.”

Mahajan says his aim is to make the city residents fit through his campaigns. “I get all my tests done every six months and till date, I have had no complication. Being vegetarian, I consume 2 kg of milk everyday in the form of milk, milk shakes, curd, lassi and paneer. I am totally against junk food. I have never tasted tea. My diet also includes nuts and murabbas. My wife Kamlesh Mahajan takes care of it all,” he shares.

He added, “While earlier, I used to calculate the length of my ride on speedometer, I got Strava app in 2016. I have mostly remained among the top five, making it to the first in the country several times. But I am not in a competition with anyone at the moment. I ride with my own consistency and my own speed and would like to continue like this.”