Ticket to Tokyo? Only time will tell what the fate holds for Sandhu 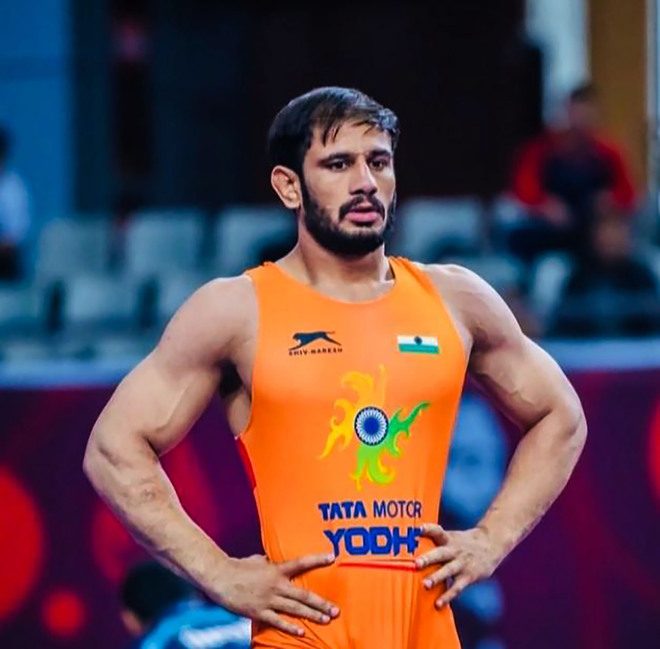 After a gap of 13 long years a wrestler from Punjab won a medal at a major international wrestling event, the Asian Championships in 2016. After that there was no looking back for Harpreet Sandhu, an international level wrestler posted as Sub-Inspector in PAP, Jalandhar.

During coronavirus-laden 2020, Sandhu spent quality time at home with his family and horses at his farm, but never divagated from his routine keeping himself fit through cycling and a homely workout routine. Now, the star wrestler has eyes set on qualifying for the Olympics and other upcoming events in 2021.

Sandhu said that he is preparing for the National Championships to be held in Jalandhar in February and if he manages to turn the tide in his favour, he could also book a ticket to Tokyo Games. “My only target and agenda for this year is to qualify for the Games and give my best on the mat,” he says of his New Year resolution.

During the lockdown, Sandhu used the time judiciously. “Being a sportsperson, my routine hadn’t changed. I woke up on time and would always sleep on time. I used to exercise daily,” he told.

Talking about the brewing topic, the farmers’ protest, he’s practicing 10 km away from the Singhu border, and said that he couldn’t go there because of Covid the players have been barred from moving outside. But his heart is with them. “I really wish that the farmers get what they want.”

Belonging to a wrestlers’ family, the 30-year-old basically hails from Karail village in Sangrur and has been into the game since 2004. He is touted as the first Indian wrestler to have constantly won medals for three years in international events and since then has several to his credit. By winning an Asian Championships medal, the big bruiser had ended Punjab’s long wait for an international wrestling medal.

He had consistently won in the 2016, 2017, 2018 and 2019 Asian Championships. In the Senior National Wrestling Championships, held in Jalandhar in 2019, Sandhu had bagged a gold. Enjoying the home support, Punjab’s one of the best had outwitted Rajbir Chhikara of the Railways with the scoreboard reading 4-1. The Asian Games silver medallist used his bountiful of international experience to dislodge his opponent’s confidence and won in the 82kg category.