Traffic on Garha Road in Jalandhar out of gear for years, courtesy defunct lights : The Tribune India 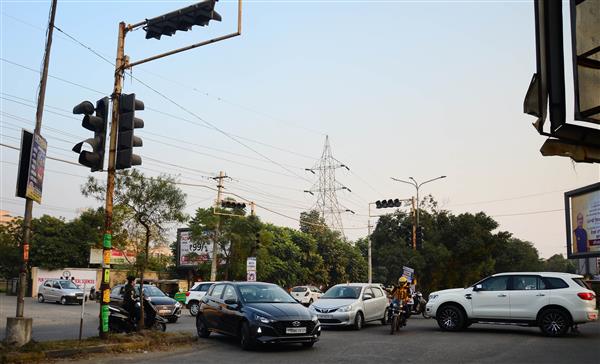 Ever since the traffic lights got installed on Garha Road about three years ago, these have been non-functional at three points.

These include the traffic light points near the bus stand, in front of Punjab Institute of Medical Sciences (PIMS) and across Chhoti Baradari T-point. Thousands of commuters pass on this road daily and the rush has been increasing owing to the hospital, Reliance shopping mall, coming up of several IELTS institutes along it and also the connectivity that this road offers from bus stand to Urban Estate, Hardyal Nagar, Garha, Jaswant Nagar, Wadala Chowk, Cheema Chowk and other areas.

Entry to PIMS not safe

There are patients coming in, some on foot and others via scooters, cars and even autorickshaws. If the lights are installed, they can enter PIMS safely. Dr Rajeev Arora, Principal, PIMS

Will get the needful done

Some payment from PUDA is still pending. Estimates will be prepared for the repair work after we get the payment. We will get the needful done. Anil Chadha, Assistant Corporation Engineer, MC

Since the condition of the road also remains deplorable, it becomes all the more accident-prone. The road got repaired last year ahead of the elections after about five years, but it has again got potholes. There are patients, too, plying on the road and the ambulances zipping past with PIMS and SGL Charitable Hospital falling on it.

Recently, two doctors from PIMS also met with an accident on the road while they were entering the premises. Dr Rajeev Arora, Principal, PIMS, says, “There is no point installing the traffic lights on the road if these are to remain non-functional. There are patients coming in, some on foot and others via scooters, cars and even autorickshaws. If the lights are installed, they can enter in safely.”

The traffic lights are not just non-functional, they are also out of order. The poles are partly damaged and the accessories are lying broken.

Anil Chadha, Assistant Corporation Engineer, MC, said, “These lights got transferred to us from the PUDA which had developed the area. “Some payment from the PUDA is still pending. Estimates will be prepared for the repair work after we get the payment. Then we will float tenders and get the needful done.” He added, “We are also mulling that blinkers be installed here. For this, a meeting needs to be convened with the traffic police.”

Regarding the non-functional lights outside bus stand, he said, “We have an on-off switch to run it which has gone out of order at least 50 times. The traffic cops at the site said the jam of buses gets too long when the lights are made functional. We need to sort out the issue with the traffic police for this point too.”