Amid intense heatwave, Ward No. 16 goes without water 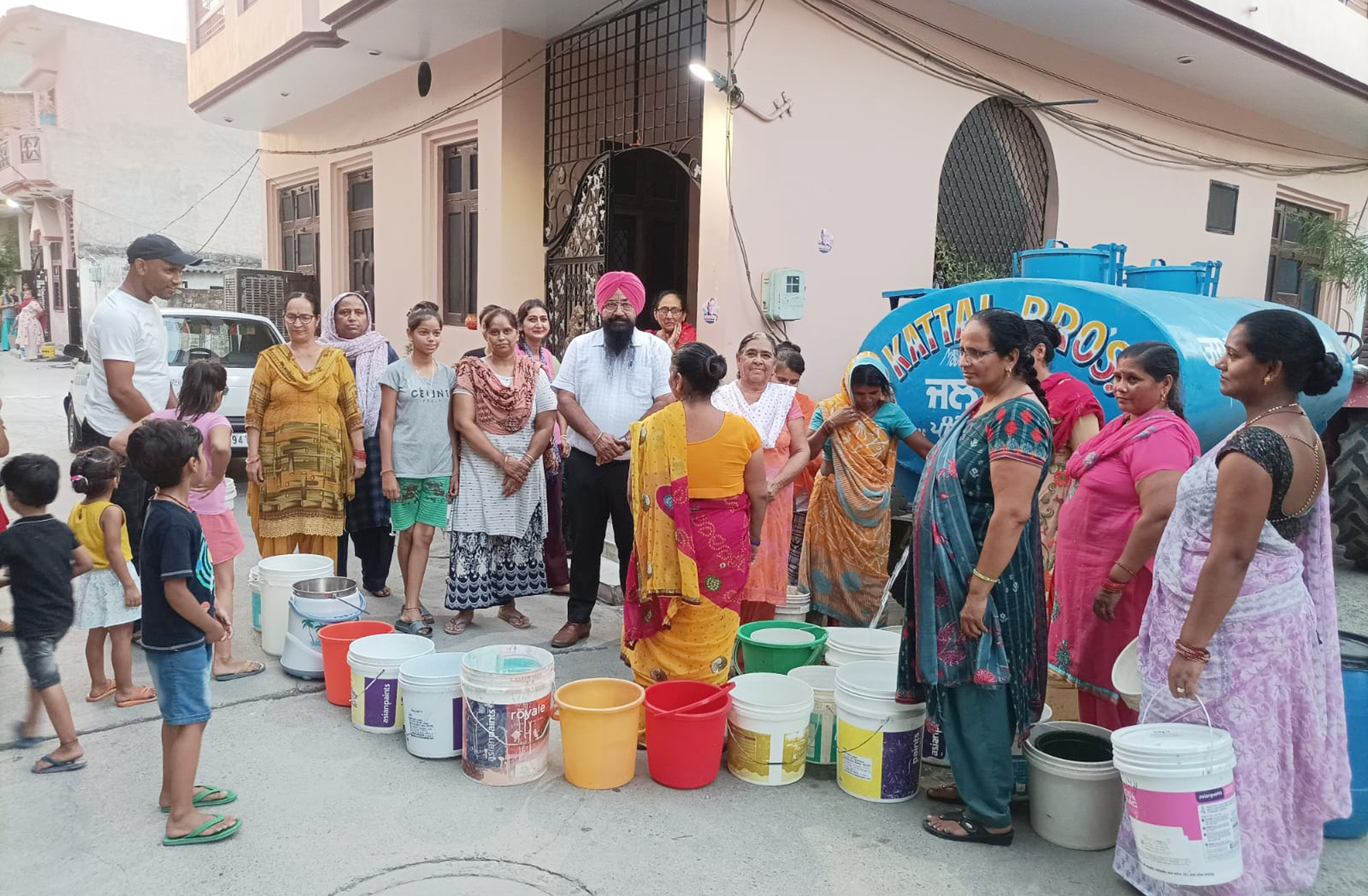 Residents of Ward No.16 line up with buckets to collect water from tankers in Jalandhar. Tribune photo

City residents have been reeling under an intense heatwave for almost two months now. When residents are already fighting the scorching sun, non-availability of water makes the situation worse. Every other day, such problems from one ward or the other haunt residents.

On Friday, the residents of Ward No. 16 panicked when the tubewell stopped working and the ward went almost dry. An elderly from the area said: “Just look at the weather. Amid such a scenario, no water even for an hour can be miserable. But authorities hardly look into such matters. Suddenly tubewell stops working, and there is no water. We have children in our homes, imagine their plight,” he rued.

Anil Arora, another resident of the areas, said amid this indifferent weather, when everyone is sweating and sweltering, no water added to our woes. Sanjeev Kumar also shared the same sentiment and said as there was not a drop of water, there was a problem in every sphere of daily life.

Balbir Chand another resident said, “Edda bahut dikkat aandi hai garmi vich paani chala jaaye. The MC should look after this problem,” he said. The MC staff came to check the tubewell and it was found out that its motor had developed some fault.

Looking at the gravity of the problem, area councillor Manmohan Singh Raju arranged water tankers to ease out the situation. The residents of the ward said Raju took the problem seriously and immediately acted. The tubewell got functional last evening.

Raju said he had called the mayor and told him regarding the problem, which is why the MC staff came in early and the problem of tubewell got resolved yesterday evening.

“As a councillor, it is my duty to look after such problems. I can imagine what the residents might have gone through in that short period of time,” he said