Conjoined twins Sohna-Mohna excited to get jobs in PSPCL 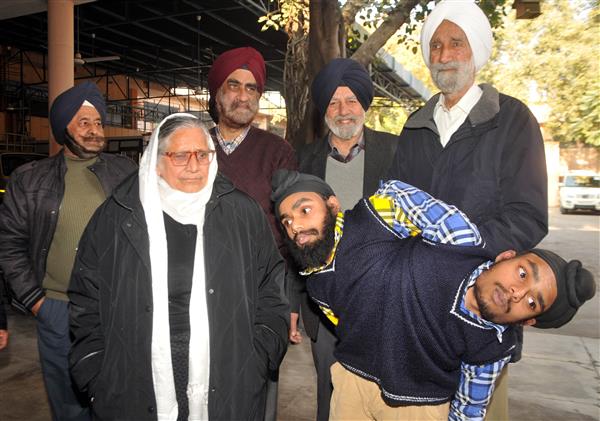 Conjoined twins Sohna- Mohna have officially joined their jobs at Punjab State Power Corporation Limited (PSPCL). They have joined as Regular T Mate (RTM) and will be posted in city. The two today shared their excitement on working at PSPCL and finally achieving the dream of becoming self-reliant. “We are grateful to our family at Pingalwara that helped us live a life of dignity. We are looking forward to do well at our new job,” said Sohna. The twins are ward of Pingalwara and were approached by PSPCL officials, who wanted to recruit them given their qualifications. They have passed 10th from Bhagat Puran Singh Adarsh School and later did a diploma in electrician from ITI. They are currently also pursuing diploma from Government Polytechnic College. “Their job at PSPCL will further boost their confidence and hone their skills,” informed Dr Inderjit Kaur, director, Pingalwara. They will be getting a salary of Rs 20k initially.

Recently, the two have also registered as separate voters by the Election Commission and also declared as an icon for young voters.

Sohna and Mohna were brought to Pingalwara in 2003 after they were abandoned by their biological parents and the institution has ever since took care of their education and well-being. They thanked Pingalwara for everything that they have achieved together.

Meanwhile, Dr Inderjit also shared that Pingalwara has raised the issue of orphaned children during pandemic and providing for them. “Many children have been orphaned in India due Covid 19, and they require care and education that must be arranged on priority by the respective governments. They should get admission in schools through special arrangement and reservation in job. The issue of providing for orphaned children was also raised by the Pingalwara in the last elections but no political leaders paid any attention to it,” he said.