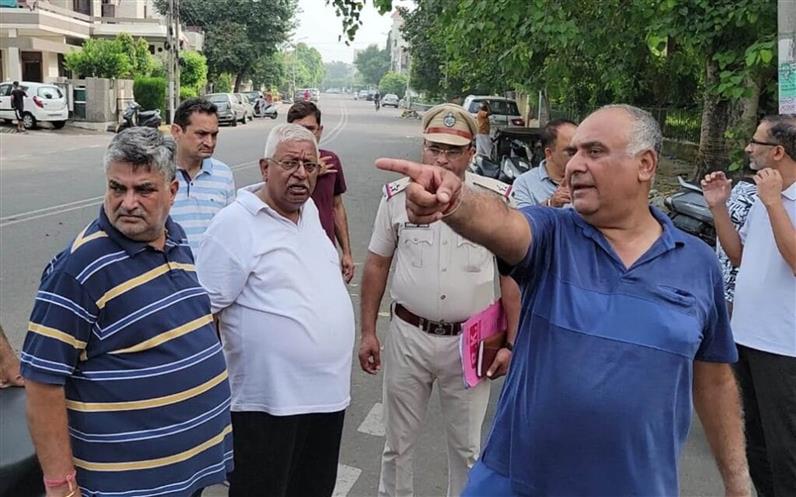 Cops record statements of the victim and eyewitnesses at Shakti Nagar in Jalandhar. Tribune photo

Two motorcycle-borne miscreants snatched a gold chain from a man in Shakti Nagar here on Sunday morning. The incident was caught on a CCTV camera installed outside a house in the vicinity.

Victim targetted outside his house

The victim, identified as Kamal Malhotra, alias Bitta, is a famous jeweller in the city. He was sitting outside his house and reading a newspaper when the miscreants targetted him.

As per the police, both the suspects were wearing helmets and the one riding pillion got down from the motorcycle and came towards Kamal to ask something. In the meantime, he made an attempt to snatch his chain but the victim tried to fight back and held his chain tightly, as a result of which, the chain got broken into two pieces.

The miscreant fled with a piece that was in his hand. The victim then immediately informed the police about the incident.

Station House Officer, Division Number 4, Harwinder Singh, said an FIR in the case had been registered against unidentified persons as per the statement of victim Kamal Malhotra. He said the police had taken the footage of CCTV cameras installed outside the house and nearby areas to get clue to the case. “The investigation is underway and the miscreants will be arrested soon,” he added.