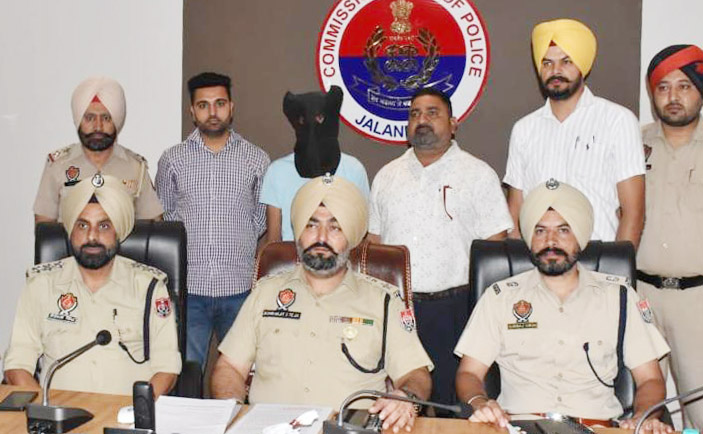 The accused in the custody of the Jalandhar police on Saturday.

The Commissionerate of Police on Saturday arrested two persons with heroin and illicit liquor in separate cases. The accused were identified as Jatinder Singh (30) of Sunder Nagar and Simarjeet Singh (36) of Qazi Mandi, respectively.

Addressing a press conference, Deputy Commissioner of Police (DCP) Jaskiran Singh Teja said following a tip-off, a team of the CIA staff had laid a naka at Harnamdasspur T-point and stopped Jatinder Singh for checking purpose. He said sleuths frisked him and recovered 60-gm heroin from him. A case under Sections 21, 61 and 85 of the NDPS Act was registered against him at the division number 2 police station. He said Singh had been facing a criminal case registered under Sections 457 and 380 at the Cantonment police station.

Similarly, another team of the CIA conducted search operation in Qazi Mandi and recovered 54 bottles of illicit liquor from the residence of Simarjeet Singh. He was booked under Sections 61,1 and 14 of the Excise Act. He said two criminal cases were already registered against him in 2017 at Rama Mandi police station.