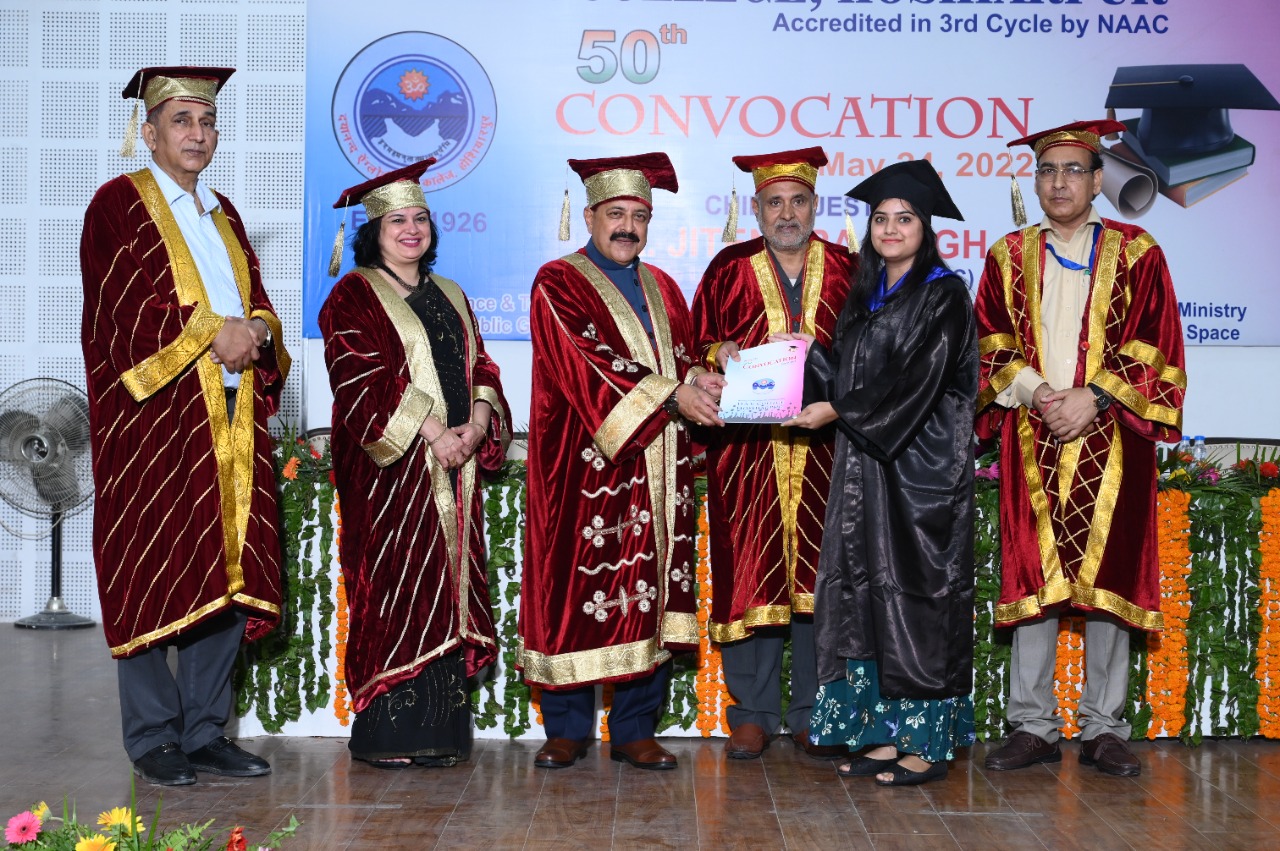 Under the three rocket (spacecraft) series of the Gaganyaan project, the first unmanned space craft will be launched next year. In this series, the second space craft will soon be launched after the first, which will carry a VyomMitra, the lady robot (humanoid), to assess all dangers and conditions before a human astronaut is sent in the third spacecraft of the series. Despite the delay due to Covid, India is working on it on the fast track.

Union Minister of State (Independent Charge) Dr Jitendra Singh said this while replying to a query of The Tribune regarding the delay in the project as in December 2018, it was claimed that the first unmanned spacecraft of the series would be launched within 40 months while the deadline had crossed by months.

He was here today with reporters on the sidelines of the convocation of graduate and postgraduate students of DAV College, Hoshiarpur.

Responding to a question about the Strategic Surveillance Satellite approved by the Defence Ministry at a cost of Rs 4,000 crore, the Union Minister of State said the work was progressing at a fast pace and soon the outcome would be visible.

Responding to another question on India’s role in the proposed “Eye in the Sky project” by the Quad, a group of four countries, including India, Australia, USA and Japan, to check unauthorised interference, especially fishing by China in the Asia-Pacific region, the minister said India would play an important role in this regard.

Talking about the development in science and technology sector, enabling youth in the field of employment, he said more youth were coming forward to adopt new advancements and making practical use of technology and large number of startups is a good sign in this direction. He said the startup culture was flourishing, especially in southern parts of the country, and in northern region, lot more can be done as presently most of the startups are from southern India.