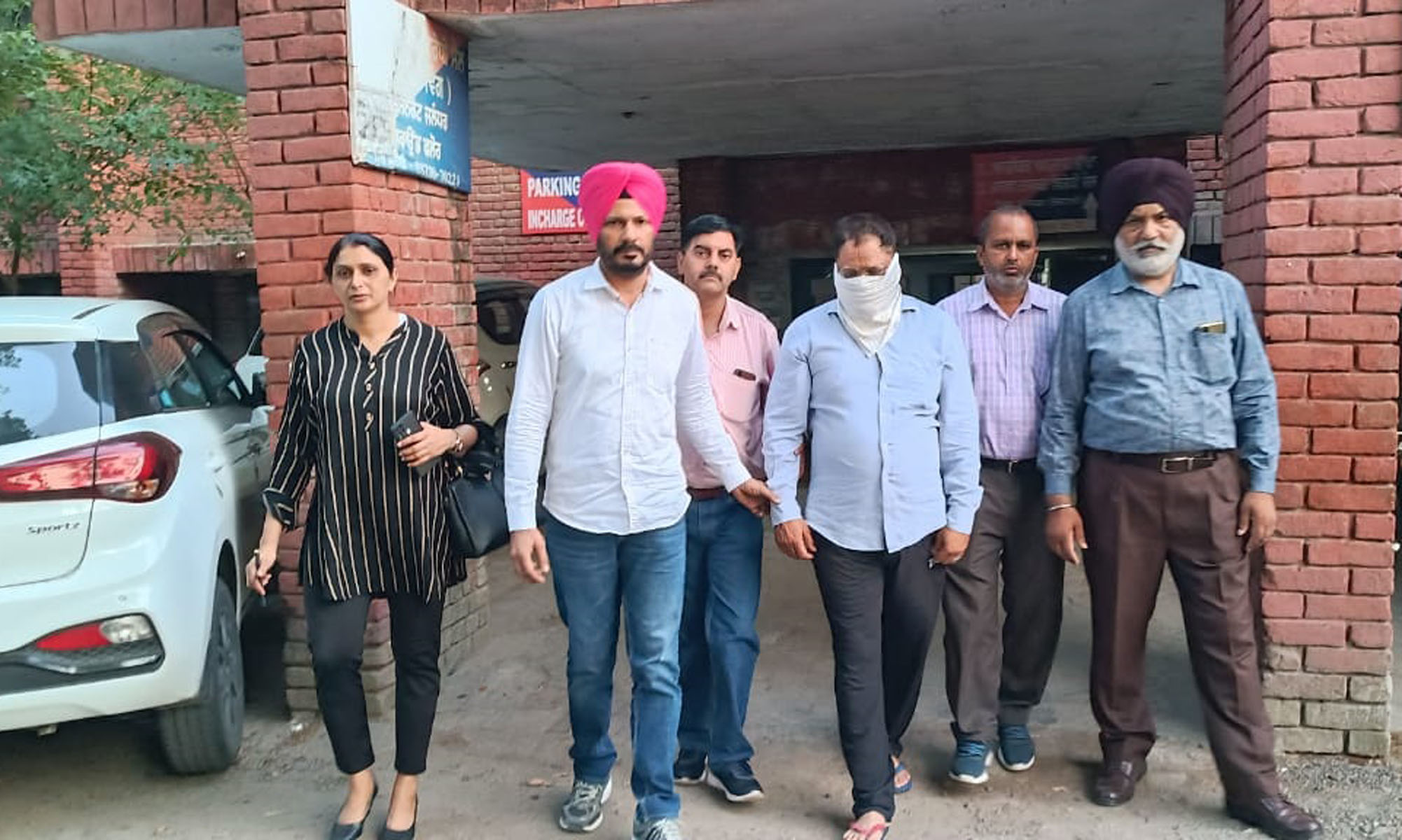 The accused in the custody of the Vigilance Bureau officials.

SSP, Vigilance Bureau, Jalandhar, Diljinder S Dhillon said the accused was arrested on the complaint of Mukesh Kumar of New Kitchlu Nagar, Ludhiana. The complainant had approached the VB and informed that the ASI was demanding a bribe of Rs 1 lakh to help him in a police complaint case, but the deal was struck at Rs 40,000.

After verifying his information, a VB team laid a trap and the ASI was arrested while accepting the bribe from the complainant in the presence of two official witnesses.

The case of Mukesh Kumar which he had put up before the EOW wing of the Jalandhar Commissionerate pertained to the sale of his Fortuner car to Maqsudan-based woman Ranjit Kaur. The deal had been struck for Rs 15 lakh, of which Rs 5 lakh was to be paid in advance, Rs 3 lakh through cheque and Rs 7 lakh in 14 instalments of Rs 50,000 each.

While Ranjit paid Rs 6 lakh in cash, she gave the rest of money through cheque. But the cheque bounced owing to insufficient funds in the account and a case had been lodged against her in a Ludhiana court. The accused woman further attempted forgery to transfer the vehicle of Mukesh Kumar, regarding which a complaint had been lodged with the EOW wing of the Police Commissionerate.

The SSP said a case under different Sections of the Prevention of Corruption Act had been registered against the accused at the VB police station, Jalandhar, and further investigation is under progress.