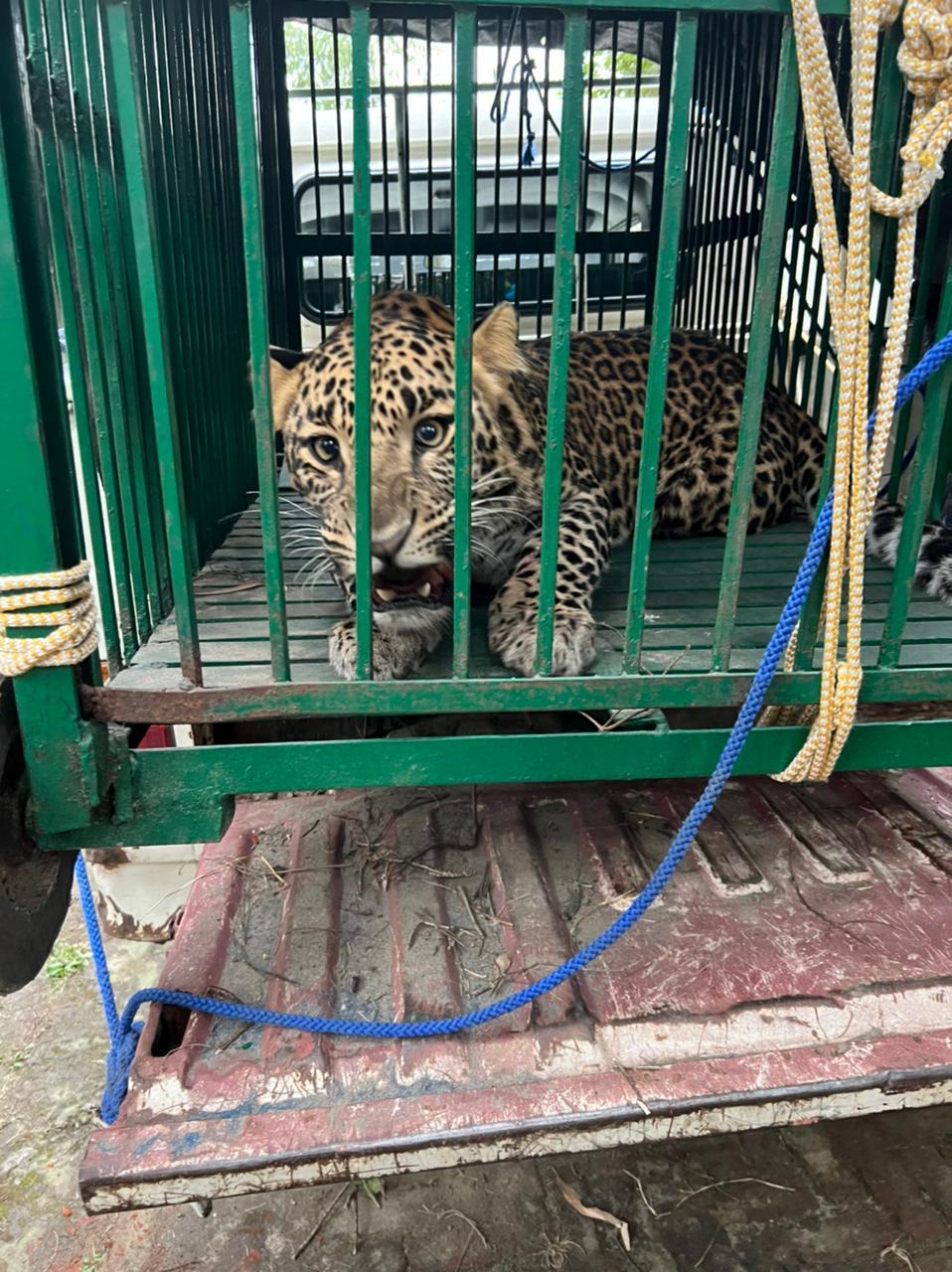 The leopard rescued by wildlife team from Sherpur Gulind village.

A 7-year-old male leopard was rescued by a team of the Wildlife Department from a trap laid by unidentified persons in forest area near Sherpur Gulind village here on Monday.

The Wildlife Department had received information that a leopard was trapped in forest-like area on the choe bank near Sherpur Gulind village. The rescue team, including Wildlife Range Officer, Dasuya, Harjinder Singh and Forest Range Officer, Jalandhar, Jaswant Singh, was immediately dispatched to the said place.

The team found a leopard trapped in a wire laid by unidentified persons in the forest area. Veterinary officer Harsimran Kaur was called to tranquilise the leopard. Under her supervision, the leopard was tranquilized and rescued from the trap.

Divisional Forest Officer (Wildlife) Gursharan Singh told this correspondent that it was a male leopard of seven years that weighed around 65 to 70 kg. After being checked up by the veterinary officer, the leopard was released into forest of Hoshiarpur range. “The range officer has been directed to investigate to find the accused who had laid the trap. Strict action according to law will be taken against the accused,” said the officer.

15 hours ago
8
Punjab On The Sidelines