Will resolve dump issue within 45 days: MC : The Tribune India 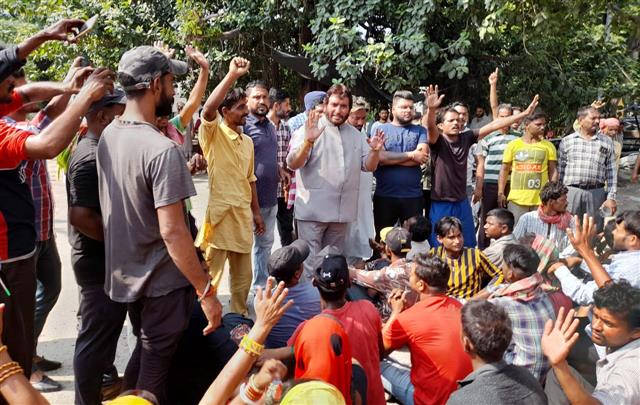 Residents of Model Town protest the dump in their locality.

Following a tiff between Model Town residents and safai karamcharis over the use of garbage dump adjoining a cremation ground in the locality, the Municipal Corporation has sought 45 days time to resolve the issue.

The authorities have decided that the dumping site along the Railway lines in Jyoti Nagar Extension would be used till the time the issue gets resolved. Joint Commissioner Shikha Bhagat held a meeting with both sides and said a suitable solution would be worked out by mid-November.

Model Town residents were peeved at the fact that the waste from nine to 10 wards from even the surrounding areas of Model Town was reaching the dumping site. The garbage from Jalandhar Heights, Urban Estate and other areas was also being dumped here. The safai karamcharis, who have been engaged in lifting and unloading the waste, said with the residents blocking the garbage waste site at Model Town, they were unable to empty their carts for the second round to the areas.

They had said, “If the waste is not to be dumped in the designated garbage dumping site, then where else?”

Safai Mazdur Union president Chandan Grewal said: “The only solution is that small garbage to manure converting machines should be installed in every ward and the kitchen waste must be handled there itself to reduce the volume. Segregation, composting and recycling is the only solution on which the MC officials need to work.”