Say at times, headlights of vehicles the only source of light on roads 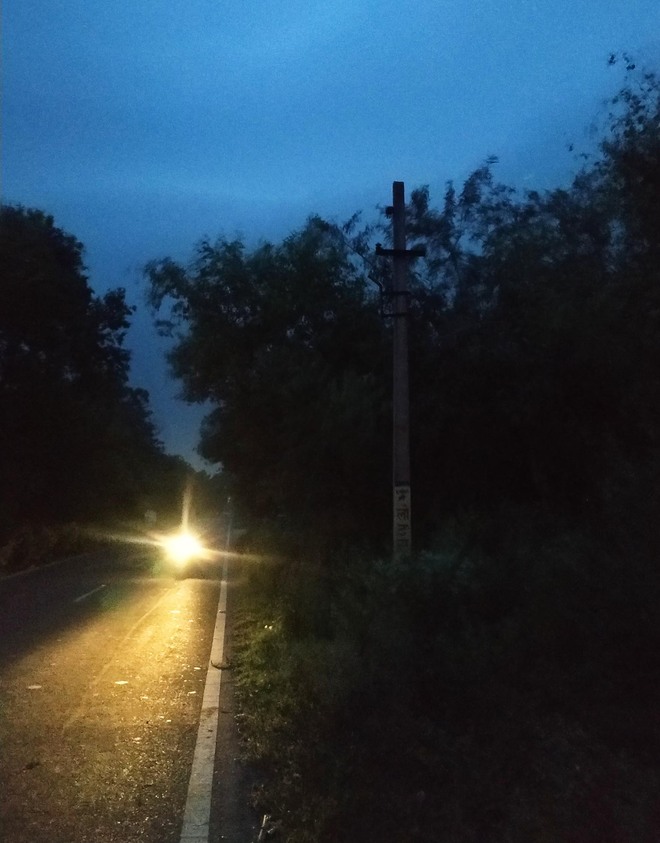 A defunct street light on the Suranussi-Bidhipur road.

Treading the Suranussi-Bidhipur road at night comes off more or less like a scene from a horror movie. Take for instance Kulwinder Singh’s narrative, who works as a security guard at a factory in Suranussi. He is one of those who thinks twice before crossing the path as it is devoid of proper lighting.

“I travel back home on my cycle but always use a torch as well. Afraid of any mishap I sometimes call my brother to accompany me during night,” Singh says.

Like him, the residents as well as the passers-by also face inconvenience, as the road connecting the two residential areas as well as nearby villages lack the presence of any streetlights, making it a hair-raising experience for them as many life-threatening accidents have taken place on the route in the past.

Seemingly, headlights of vehicles are the only source of light on the roads. Besides, the only constant source is the high-powered bulbs installed at the gates of the Army depot, but it limits the visibility to a few hundred metres only. The proposed LED streetlight project worth crores is apparently now gathering dust in the shelves of the Municipal Corporation (MC), with no respite to residents’ woes. Despite several complaints registered by the villagers, not a single utility pole has been installed on the course from the past several years.

The thoroughfare connects several factories and residential areas. Due to the negligence of the MC authorities, even the existing sodium lamps and LED lights lay defunct. Ahead of Maqsudan, Janta Colony, the entire stretch lacks street lights.

The road falls under ward No. 80 and people take this route to commute to Kartarpur and Amritsar. In addition, there are two nursing institutes in Suranussi, where mostly girls are completing their medical education and that poses a big risk to their safety too.

Owing to its vicinity with several industries and manufacturing units, migrants work there day and night. Kanahiya, a factory worker says, “My shift starts at 8pm and crossing the road for over 15 minutes is the scariest task. Locals have already cautioned me about the loot and snatching incidents that occur on the road, hence I have shivers down my spine when I peddle alone.” As per local shopkeepers, accidents occur on the route every now and then.

Shanu, who runs a pesticide and fertiliser shop near Bidhipur, says numerous times we had protested against the authorities for their lackadaisical attitude but all in vain. “Street lights are the basic necessity. We always complain it’s inadequacy in our area but nothing in this regard is initiated”, added Shanu. Similarly, Sagar who works there says, area MLA Bawa Henry has been approached many times but we get nothing in return other than the hopelessness. Meanwhile, Mayor Jagadish Raja claimed that the street light project would soon be out of papers and within a month new electricity poles with LED lights would be installed.