Receives injuries on his head; admitted to hospital 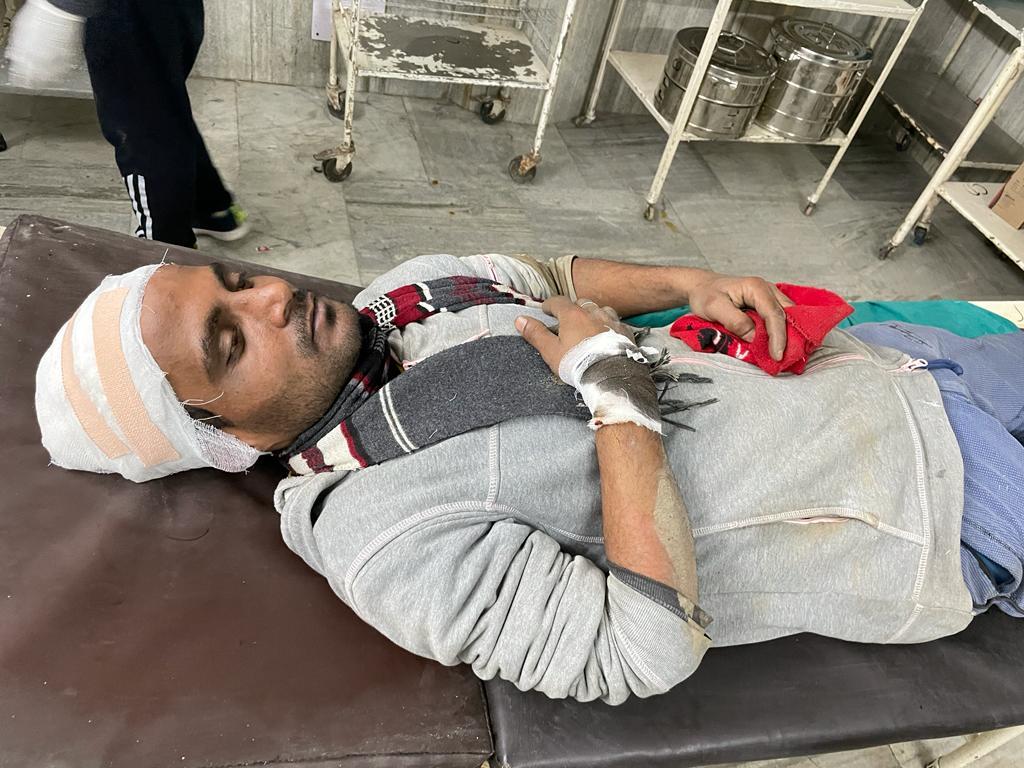 Injured Rahul taking treatment at the Civil Hospital in Jalandhar.

In an election-related violence incident, a youth who was reportedly engaged in pasting posters of Jalandhar West Congress MLA Sushil Rinku, was attacked with belts and bricks on Wednesday night near Babu Jagjeevan Ram Chowk here.

The victim, identified as Rahul, a resident of Gopal Nagar area, is admitted to the Civil Hospital here. The incident occurred around 9.30 pm when the victim was going towards Basti Danishmandan area. He received injuries on his head and left hand.

The victim was reportedly taking all posters in a cart when two bike-borne youths stopped near him and asked him the way to Kot Sadiq. “These youths went away and returned after a while. They again came to me and asked as to whose posters I was taking. When I told them that these were MLA Rinku’s posters, they took out their belts and started beating me up. They also brought bricks and attacked me on my head due which I suffered a grievous injury. As people heard my screams, they came out and the two assailants run away,” said Rahul.

Rinku’s supporters alleged that the political rivals in his constituency were perhaps getting jittery due to his popularity and were resorting to such violent acts to incite him. Rinku said, “The youth who was injured is from my team hired for the purpose of pasting posters and banners. We have got a complaint registered against him.”

The SHO, Division Number 5, said, “We have received a complaint and the MLR copy this evening. An ASI had gone to the Civil Hospital to record the statement of the victim. We will file an FIR on the basis of the statement and other proofs that we gather. We will also try to recover CCTV footage of the incident if possible to identify the miscreants.”