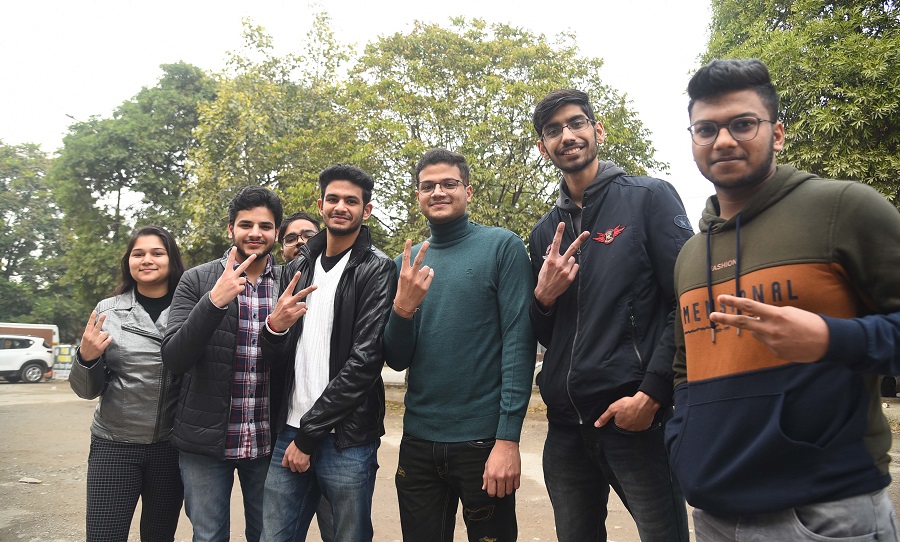 Result of Common Admission Test (CAT)-2020 has been declared and Ludhiana students have come off with flying colours.

Shubham Jain, a BCom student from SCD Government College claimed to have secured 99.82 percentile. This was his first attempt.

“It is my dream to get admission in IIM, Ahmedabad in MBA but let’s see from which college I get a call. After completing my MBA, I want to be in the corporate world for dew years and after gaining experience, I will ultimately join my family business,” he said. Shubham’s father is a businessman while his mother is a homemaker.

Few weeks before the exam he used to study for 10-12 hours while on normal days his study hours ranged between 6-7 hours.

“Mock tests helped me a lot and I took as many mock tests I could. Group discussions also helped not only in clearing doubts but also learning new things,” he said.

Subham owe his success to his parents who always stood by him and helped him sail through.

Another student, Sidham Jain claimed to have got 99.67 percentile. It was his second attempt and earlier he had tried for undergraduate programme after plus two. His made his first attempt after plus two and failed to get admission at IIM, Indore by one mark.

“In my last attempt, I failed to get admission by one mark so this time I worked really hard and I have kept my fingers crossed and is looking forward for admission in a good college. I want to pursue MBA in Finance,” he said.

“During my initial months of joining the coaching, I used to study a lot but before the exam it was all about mock tests and analytical study. I want to enter the corporate world and let’s see how life unfolds in future,” he says.

Sidham is pursuing BCom from Delhi but due to lockdown was in the city and took coaching from a city based coaching centre.

Peshal Goel who has done BSci from Punjab Agricultural University claimed to have scored 99.58 percentile. He belongs to Bathinda and it was through online medium that he took coaching classes from a city based institute.

“Since I have expertise in Agriculture, I want to make use of my knowledge and pursue business management course in the same field,” he said.

Peshal used to devote 6-7 hours every day for his study. “I was consistent with my studies and I did not felt the need of deleting my social media accounts. Studying, revising and taking mock tests was my mantra of success,” he said.