All in the mind: Diana Award for Chandigarh girl

Chandigarh girl Ananya Jain has bagged the prestigious Diana Award for her initiative FullCircle. She believes it’s important to be true to your roots, wherever life takes you 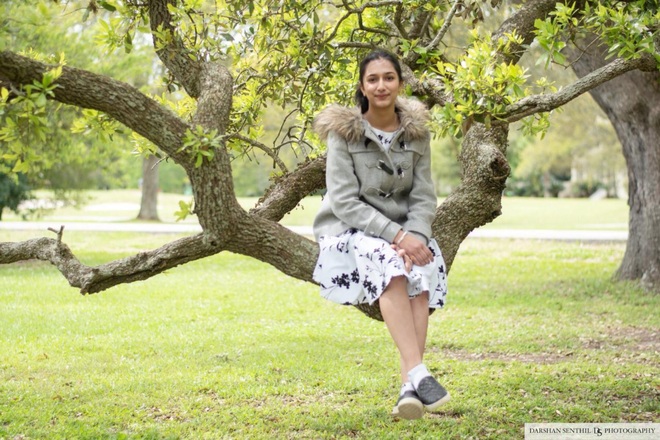 As one reads about one suicide after another, a girl from Chandigarh is contributing in the mental health field and being recognised for it in foreign shores. A Harvard Franklin fellow, pursuing engineering from Georgia Tech in the US, Ananya 'Jane' Jain has bagged the prestigious Diana Award for FullCircle — an initiative in the mental health sphere. As Covid-19 has led to anxiety and despair, there has been an increasing thrust on mental health. And Full Circle’s videogame that promotes interaction with peers is one effort in the right direction. We catch up with her.

As I’m pursuing engineering from Georgia Tech in the US, I noticed that people found my name difficult to pronounce. So, Jane is just an easy short-cut from my last name.

How did the idea of FullCircle come about?

It started in my freshman dorm at Georgia Tech back in 2017. At that time, we wanted to make an impact in the energy sector because I always disliked the electricity problems we faced in India. But then I looked around and mental health was a huge issue. When I asked some of my friends, they told me that the waiting time at counselling centres was around two-three weeks — not just in the US, but also in the UK, Switzerland, and several other countries. We ended up collecting data for our research and the idea took off. The rest, as they say, is history.

What has been the feedback for FullCircle?

We have got an overwhelming response from students, who want to see FullCircle at their schools and universities. We’re trying to scale up and deliver to more universities right now, especially because Covid-19 has accelerated the demand for mental health services.

How does being honoured with Diana Award feel?

Princess Diana was a role model for so many people. To be given an award in her memory is a huge honour. The recognition of FullCircle’s work in the mental health field by the royal family of the UK is amazing.

Were you a fan of Princess Diana?

Both my mum and I are huge fans of the royal family and Princess Diana in particular. We love how they support some fantastic causes like FullCircle’s work through their efforts. I think they are uniquely positioned in the world to do some great things!

“Chandigarh will always hold a special place in my heart. I went to Carmel Convent and passed out as the head girl. I miss my sister and teachers who taught me things that I am still using today. I also miss the chaat papri guy, nothing beats his masalas! If I can do something like this, there’s no reason why someone else from Chandigarh can’t. My start-up has given me the opportunity to travel around the world and work with some of the best minds. That’s partly because my mum was okay with me spending all of high school days doing weird science experiments in my room. Be who you are, even if that means taking business meetings in simple pyjamas. It’s important to be true to your roots, no matter how far away from home your life takes you.”