Ankit Gera ties the knot with Rashi Puri in Chandigarh 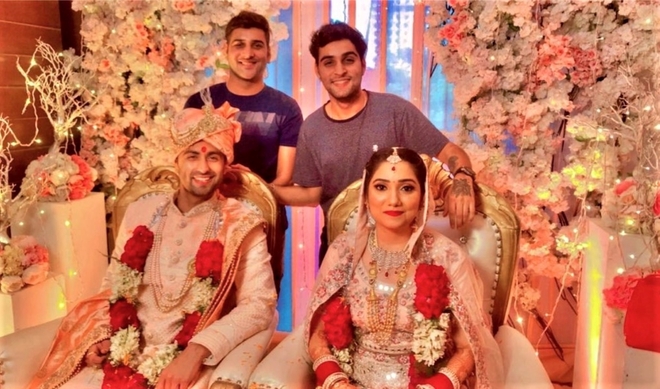 Ankit Gera, who has been a part of several TV shows, including Chhoti Sardarni, surprised fans on Tuesday by revealing that he had tied the knot with Rashi Puri, an NRI from Nigeria, on June 5 in Chandigarh. The actor says it was a low-key ceremony, which was attended by just 10 close family members. He also added that it was an arranged marriage and that they met for the first time in April this year. “Our parents were looking for suitable partners for us and that’s when they suggested that we should talk. We got in touch in April,” he says.

The actor adds, “Rashi flew down to India around three weeks ago before the wedding to meet me. Even though it was a short span, we got to know each other better and decided to take the plunge. Rashi had no clue about my work as an actor. She liked me for who I was as a person and not for my profession. That’s what made me fall in love with her.”