Author Rana Preet Gill, who has come up with a book titled Maya, says writing has been a fulfilling experience for her 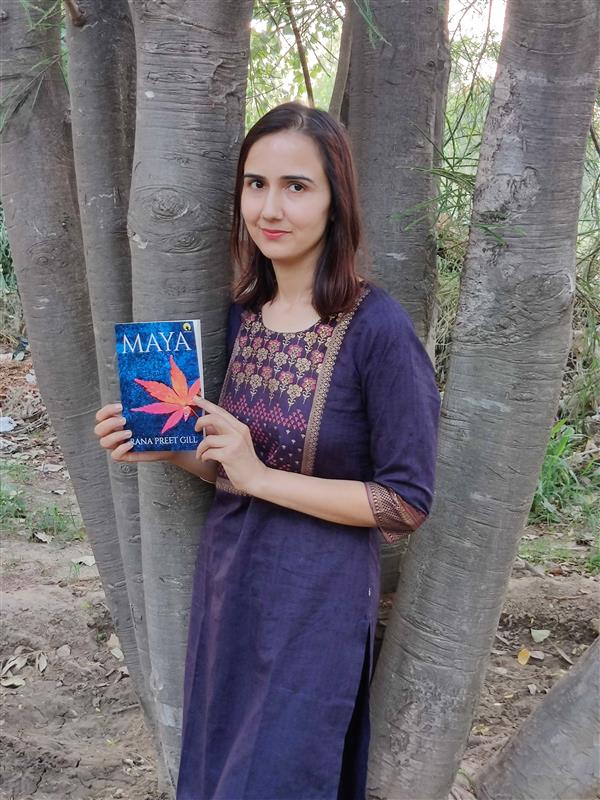 After authoring three books, Those College Years, The Misadventures of a Vet and a collection of middles titled, Finding Julia, author Rana Preet Gill, has now released her fourth book, titled Maya. It highlights the story of two adolescent sisters who encounter an array of challenges while growing up.

Says Gill, “This book is somewhat about sibling rivalry and is partly inspired by a real-life incident, which captured my attention as an adolescent. It is full of interesting twists and turns.”

Choosing a place like Dwarka, for narrating the story of two sisters, Maya and Zenia, the writer reveals that the place is not entirely a coincidence, but a well-thought-out decision for she wanted to show a sub-urban region. She adds, “I was 24 and in college when we heard about 2004 DPS MMS scandal that shook the nation. Although the novel is not entirely about it, but there’s small part in the story which addresses that incident. To represent that and a thought process of a female grown up in an urban locality is why Dwarka seemed to be a right place for it.”

Gill, who wants her fiction books to be turned into web series, has little time to devote to OTT platforms. “As it has become the trend that books are being translated into web series and films, I would definitely want my stories in a video format someday. At the same time, I am so fond of reading books that all my time is either for books or my work as veterinarian. I don’t have a TV in my room and I have only watched one series, A Suitable Boy, only because I wanted to see how it is made into a series from a book.”

Ask her about her experience of writing this book, she quips, “It was almost complete before the pandemic. And by the time pandemic started, I wanted to do something on non-fiction subject. So, I chose to pick a topic about the history of Punjab. I am already in talks with a big publisher.” She believes after becoming an author life has become fulfilling for her in every which way.