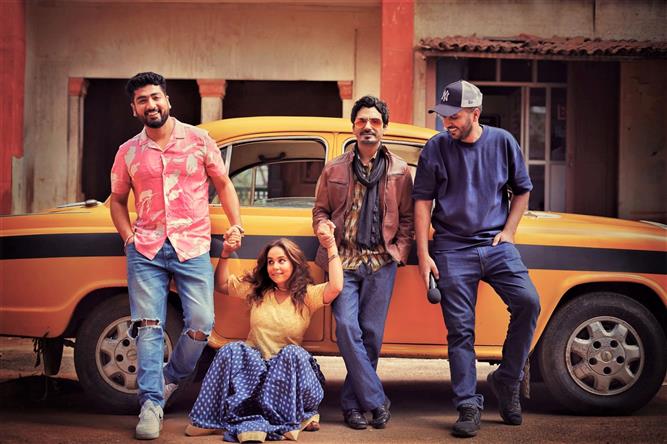 An artiste’s desire has no limit,” says singer and composer B Praak, emphasising that he can never be content with what he has produced. Though he has proved his mettle once again by bagging the 67th National Film Award in Best Playback Singer (Male) category for the song Teri Mitti from Kesari, the singer believes that he still has miles to go before he can call himself a successful artiste.

He says, “One has to improve his skills and enhance the standards for the love of the art. I and Jaani (the lyricist he frequently collaborates with), have been making conscious steps to revive the era of sad and soulful romantic numbers,” he adds.

After one successful hit, the amount of pressure to give one’s best definitely doubles and it has only made him work harder and be more committed to his love for music. His musical-bucket list involves all genres and languages in the world if time and opportunities allow.

Praak recalls the day when the 67th National Film Awards were announced. He says, “I was flooded with calls and congratulatory messages from friends, family and well-wishers. In fact, I came to know about my win through others. I cannot put my happiness in words but I am thankful for the love that I have received from fans and audiences.”

Busy promoting his new song Baarish Ki Jaaye, released two days ago, Praak hasn’t got the time to enjoy his big win at the National Awards. With his new song, Nawazuddin Siddiqui has debuted in music videos for the first time opposite Sunanda Sharma. Like the trio’s (B-Praak, lyricist Jaani and music video director Arvindr Khaira), many past hits, this song too has got 20 million views within two days of its release. Praak adds, “I and Jaani are like backbones of each other. We go back to those initial days of our career and trust each other’s work ethics and ideas. I remember when I was doing Teri Mitti, Jaani had predicted that this song would be a life-changer.” About the new song, he adds, “In Baarish Ki Jaaye, we brought in a true story of love where a guy gets married to a mentally-challenged girl.”

Praak and Jaani often come out with sequels of their music videos. Their Filhall 2.0 will soon be out while the world is still gushing over the first one that starred Akshay Kumar and Nupur Sanon. In another film of Akshay, Bachchan Pandey, Praak confirms an upbeat romantic song which would showcase the singer in different shades.

Born in Chandigarh as Pratik Bachan, he is best known for his stage name, B Praak. He credits his father Varinder Bachan, a well-known Punjabi music composer and producer, for his success. He says the city lives in him wherever he goes. “I cannot stay away from Chandigarh. I can work in Mumbai or any part of the globe, but in the end, you will find me here where my family and loved ones reside. Being a big-time foodie, I often discover new restaurants in and around the city, but Elante Mall is my favourite place when it comes to hanging out,” he adds.

His career as a music composer started from the city. He gave Punjabi hit tracks that made careers of various Punjabi singers. One advice that he has for budding singers is ‘work with all your heart and although we are often told that to survive you have to be cunning and smart, it isn’t true. If you are true to your work, nothing can stop you and never stop counting your blessings’.