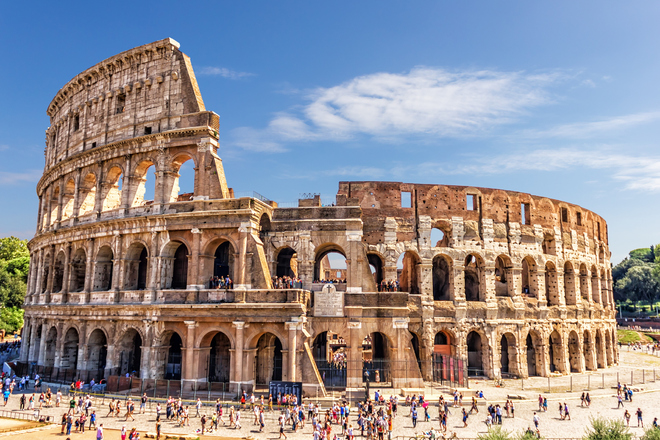 Colosseum, the ancient amphitheatre built in Rome under the Flavian emperors, and the Louvre Museum in Paris were among the top attractions for tourist activities, according to travel platform TripAdvisor.

The Vatican Museums, Statue of Liberty in the US and Eiffel Tower in Paris are the other three attractions that featured in TripAdvisor’s list of five most booked things to do in 2019. Colosseum, also known as Flavian Amphitheatre, was commissioned around A.D. 70-72 by Emperor Vespasian of the Flavian dynasty as a gift to the Roman people.

In A.D. 80, Vespasian’s son Titus opened the Colosseum with 100 days of games, including gladiatorial combats and wild animal fights, it added. A visit to the Louvre and its collection lets tourists discover Western art from the Middle Ages to 1848, as well as a large number of ancient civilizations.

The grand palace that houses the museum dates back to the late twelfth century. The seat of power, this royal residence was also home to French heads of state until 1870 and is one of the major backdrops to the history of Paris and of France.

The Vatican Museums not only house the extensive collection of art, archaeology and ethno-anthropology gathered by the Popes over the centuries, but also contains some of the Apostolic Palace’s artistically significant rooms.

Recognised as a universal symbol of freedom and democracy, The Statue of Liberty enlightening the World was a gift of friendship from the people of France to the US. It was dedicated on October 28, 1886. It was designated as a National Monument in 1924. The Eiffel Tower in Paris is one of the most popular tourist destinations in the world which has loomed over the French capital since 1889. —IANS