Get set for the untold chronicle of Dharm Yoddha Garud 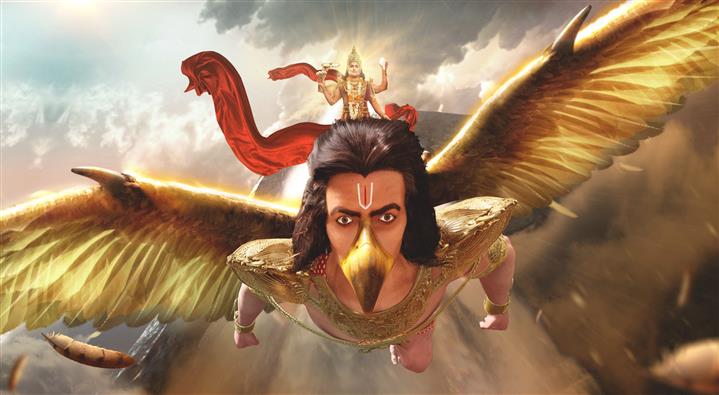 Sony SAB is all set to launch the untold story of Dharm Yoddha Garud and present before the world a true hero, whose life resonated with selflessness, honesty, obedience and bravery.

Sony SAB is all set to launch the untold story of Dharm Yoddha Garud and present before the world a true hero, whose life resonated with selflessness, honesty, obedience and bravery. Garud (Faisal Khan) was born with superpowers to Rishi Kashyap (Hrishikesh Pandey) and Vinta (Toral Rasputra). However, he was born into slavery. And thereafter began his quest of freeing his mother from the shackles of bondage and subjugation.

The show rests on the premise of the birth of Garud and how he is compelled to obey the orders of his cunning aunt Kadru (Parul Chauhan) and his cousins, including Kaaliya (Ankit Raaj) and the 1,000 snakes, for being born a slave. The show is Sony SAB’s grand attempt at larger-than-life storytelling, which will not only enthral but introduce us to the untold stories from our mythological archives.