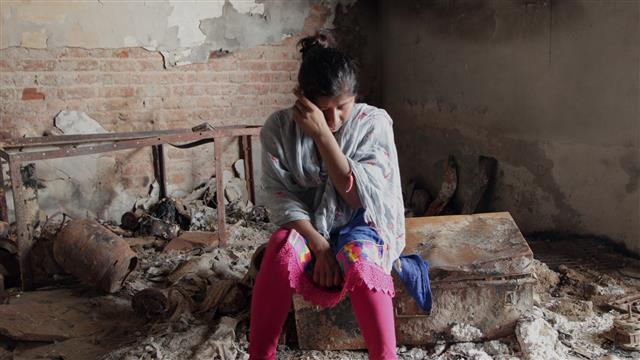 Chilling death of all 11 members in a family in Delhi’s Burari, Boeing’s reputation nose-diving with its 737 MAX, journey of seven-time Formula One champion Michael Schumacher to a swindler on Tinder – documentaries made on a range of issues make for one of the fastest growing genres on OTT.

According to Parrot Analytics, from January 2019 to March 2021, the number of documentary series increased by 63 per cent and its demand grew by 142 per cent.

Many make it to the most-viewed slots and interestingly, it’s just not celeb/sports stars’ tales that are making the cut. Pippa Ehrlich and James Reed’s My Octopus Teacher that won Best Documentary Feature at the 93rd Academy Awards, trails the friendship between Craig Foster and an octopus at False Bay, near Cape Town, South Africa; Chris Smith’s Operation Varsity Blues investigates admissions scandal in the top US universities.

Viewers are lapping it up, does it herald a good time for documentary makers? “Documentaries show the mirror to society, people want to know the truth,” says Kuldeep Ruhil whose documentary Cheer Haran on Jaat reservation got good response. Great storytelling is what attracts viewers globally, believes Parag Vijra. “Documentary series showcase harsh realities. The taste of viewers all over the world has changed, they no longer prefer typical melodramas shown in films and TV serials. They want to be connected to the actual world through realistic content,” he avers.

Also, the bulk of content available today, courtesy digital revolution, is another reason. “Now big media houses have amassed huge footage, while not all is used in, say, half an hour bulletin or short social media capsules. So, the collected data are presented as documentaries,” says Dalji Ami.

While there is plenty when it comes to subjects, but not everything is rosy for the documentary makers. “No doubt documentary as a genre is gaining currency, but most of the projects are still passion driven, and not funded by anyone,” points out Ruhil.

His ambitious project Cheer Haran met its fair share of challenges. Digging out the truth is a tricky business, unsettling at times. Releasing it in theatre took years of struggle, but Ruhil took the risk of releasing it in cinemas.

“It was heart warming to have about 25 house-full shows and run it for five weeks amid the pandemic and farmers’ agitation was heart warming,” says Ruhil. Available on MX Player, the maker is happy that now there is an alternate platform. “With no PR budget, it’s heartening to see people sharing on social media.”

Along with positive changes come some bad ones too, points out Vijra. “Success of many documentaries has encouraged OTT platforms to hire filmmakers who want to tell stories drawn directly from reality and no doubt some have become highly acclaimed. On the other hand, the quality and the quantity don’t go hand in hand. Not all content stands in the race,” says the maker of Sikkim- More Than What One Knows that won seven international awards, including prestigious Dada Saheb Phalke Awards and has got 12 official selections around the globe.

Daljit Ami, who has explored the agrarian crisis in Born in Debt, the anti-war theme in Zulm Aur Aman, has, in fact, taken a break from making documentaries. “Most subjects are still based on sports personalities or recent events. There still is no production value in exploring other side of the familiar,” points Ami.

Ajay Chitnis’ documentary Payal Chawla The Mind that Matters explores gender bias. “Not male bashing but gender bias is one subject that I have worked on and would continue to do so!” Seconds Kamlesh K Mishra, whose Delhi Riots... A Tale of Burn & Blame was released on Voot and another one, Dil Ki Police, is in post production. “Documentaries have been made by sensitive makers who have felt for the issue. While internationally National Geographic and Discovery have their system in place, in India post Doordarshan time there has been a void in this segment.”

Documentaries have a niche audience, says Chitnis. “Filming biopics in documentary format can be a huge impetus if the OTT platform looks at it from the larger perspective. This is a content which the youth will like and the elders will enjoy,” he avers.

Many docu-series streaming on OTT hasn’t done well financially. “However, it sure builds a documentary makers’ credibility paving way for future projects,” points out Mishra. “Subjects like Burari in House of Secrets: The Burari Deaths, which is still fresh in people’s mind, when told in a compelling manner, would always connect,” signs out Mishra.