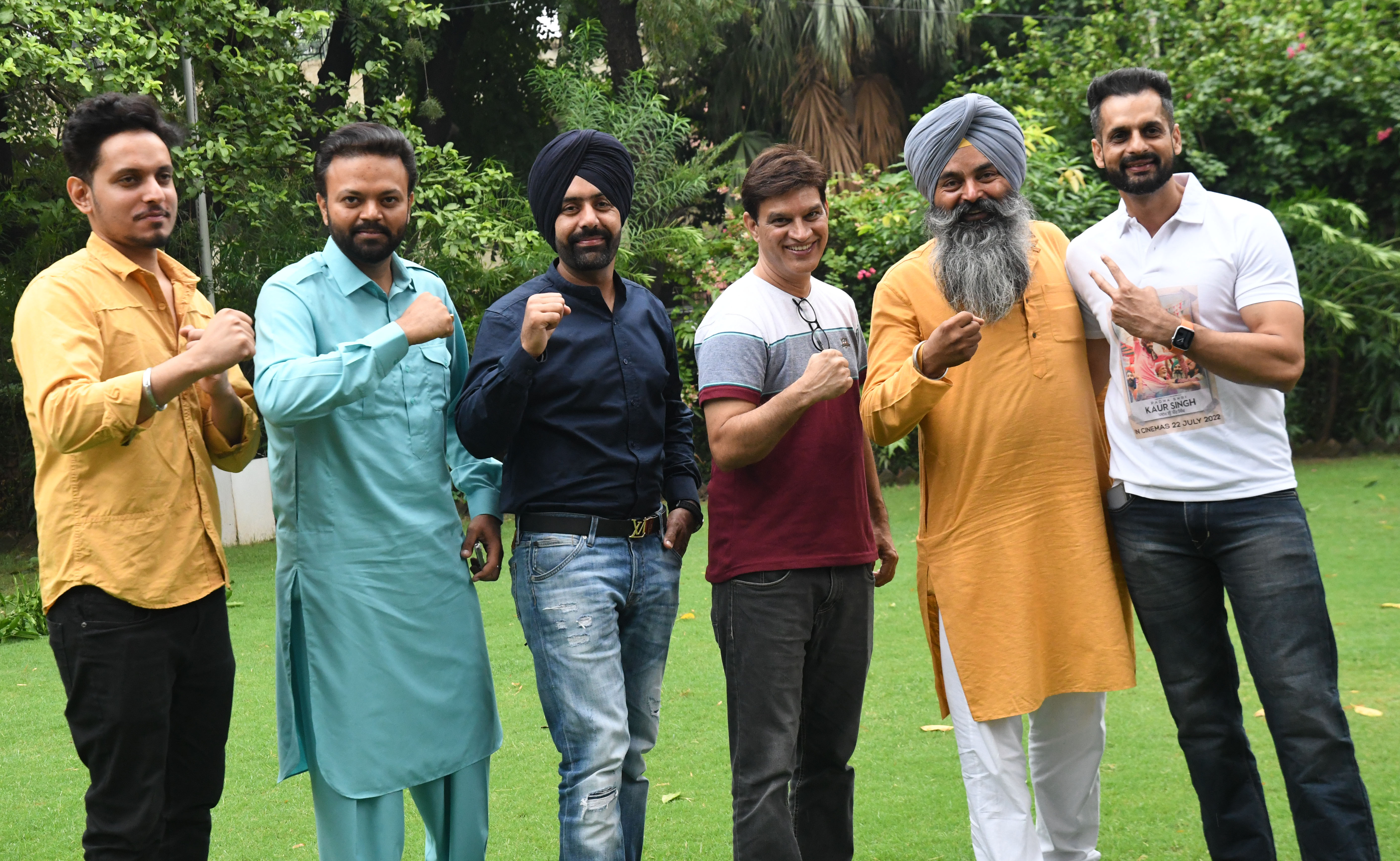 The cast and crew of Padma Shri Kaur Singh

The story of boxing legend Kaur Singh is an inspiring one. Producer Karam Batth felt the need to tell it to the present generation and thus Padma Shri Kaur Singh was born, a biopic on the resilient boxer from Punjab. Karam, who will also be making his acting debut with this film by playing the titular role, recently launched the trailer of the film.

On playing Kaur Singh, the actor says, “I had to lose weight to look the part. And as for the story, the team was in constant touch with Kaur Singh ji. They used to travel from Mumbai to Sangrur district to meet him in person. By the time I came to know about his exemplary feat, the scripting part was over and they were looking for a producer. I decided to take up the project not just as a producer but as an actor too. To adapt to the character of Kaur Singh, my director Vikram Pradhan was my only guide.”

Olympian-boxer Kaur Singh brought several laurels to the country by clinching gold medals worldwide in boxing championships and even won accolades for his selfless service in the Army. He is also one of the very few boxers to fight against legendary Muhammad Ali.

Ask Karam whether it was tough to let go of the character once the project was complete and he says, “It’s difficult to say goodbye to a character which you lived in because of the physical transformation. But as you get back to normal life, it gradually walks you out of that character without you realising it.”

And how was the struggle to find a suitable release date because of the back-log of Punjabi movies after Covid? Karam says, “Competition is a reality. One cannot turn his back to it. It was supposed to release on July 8 but the makers of Shareek 2 shifted its release date to the same Friday. I was fine with it as both the films are quite different. But then team Sohreyan Da Pind Aa Gaya also announced its release date on the same day, which made us postpone ours to July 22.”

The film stars Karam as Kaur Singh, along with an army of talented actors like Prabh Grewal, Baninder Bunny, Raj Kakra, Malkeet Rauni, Sukhi Chahal, Gurpreet Kaur Bhangu and Seema Kaushal. Talking about his chemistry with Prabh, the actor says that rather than focusing on the romantic angle, the film keeps it real by dwelling on the role of Kaur Singh’s father and friend, played by Sukhi Chahal and Baninder Bunny.

He adds, “We have kept in mind the basics of Punjabi cinema, hence a dash of comedy along with the emotional side of Kaur’s life.”