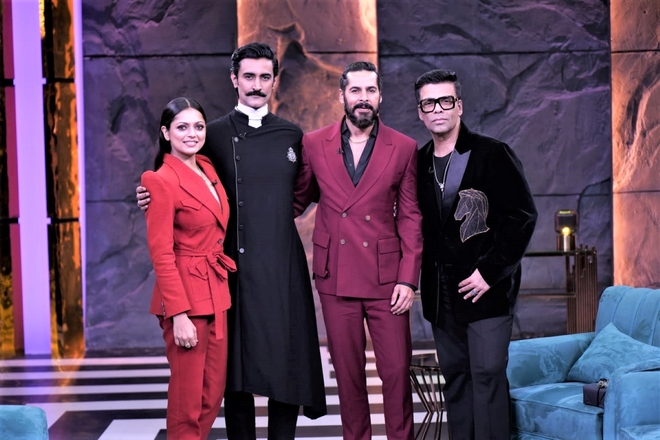 Karan Johar is back with his coffee mug and this time, it’s for a special edition. KJo has come up with Koffee Shots with Karan with the cast of recently released web series, The Empire, on Disney + Hotstar. The cast, including Kunal Kapoor, Dino Morea, and Drashti Dhami, who have been receiving rave reviews after the show’s launch, joined Karan Johar for an enthralling conversation, spilling a lot of secrets, sharing fun moments, talking on their unique journeys and more.

About this special episode, Karan Johar said, “The stunning visuals from the show, The Empire, have left the audiences, myself included, mesmerised and intrigued about what’s in store! So, in my quintessential style, I sat down with the three ‘royal’ stars to find out the juicy bits about the behind-the-scenes action that unfolded.”