The landslide victory of Aam Aadmi Party (AAP) in the recent Delhi elections has kicked-off a meme fest, which can bring a smile to the faces of even the most stern 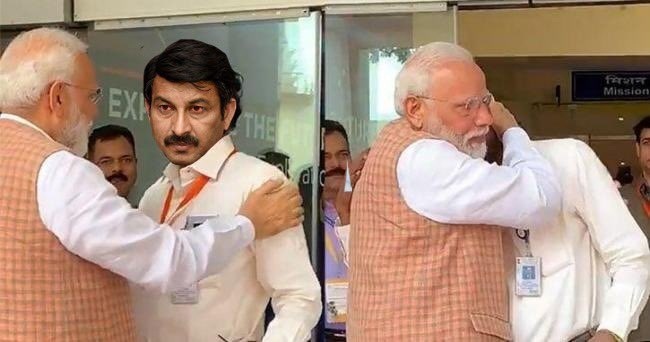 Bend it like Beckham and sweep it like… Kejriwal. The man with the muffler is the man of the moment. The one who not just swept the election results, but also the social media on Tuesday in less than a couple of hours after the counting began. By the way ‘Tu kiski taraf hai? AAP hi ki taraf,” so went one of the posts. We bet the meme fest kicked-off by election results amused the political atheists as well!

As for the AAP’s Twitter feed, it raised a toast every time with a post. Starting with ‘Hum jeet gaye’, which amused the party’s five million Twitter followers and in no time garnered 2.8k likes. In fact, the night before the counting began a GIF from Lagaan was what described AAP’s feelings. Remember the song O Paalanhare? The memes continued with the counting, every seat won was celebrated with a post.

When it all began

“The meme culture, especially the political memes, actually started on Twitter around seven years ago. And since then intellectual people are more into political memes,” says Ajay Kumar, founder Jawdrop Digital, who is himself a meme content provider for political parties. “Though in India we are nothing as compared to the US; JM Carrey’S Twitter feed is unparalleled, it’s crazy,” he shares, adding how his personal favourite from Delhi Election 2020 has been one that comments on IITians’ habit of securing 90 per cent.

Be it votes or be it viva. Another meme artist Vaishnavi MacDonald was pretty amused by a still from Karan Arjun, comprising Rakhi, Shah Rukh Khan and Salman Khan. “Mere Karan Arjun Wapas Aayenge, vote dene to zaroor aayenge.” She, in the meanwhile, while still figuring out the exact status of memes in the popular culture, says, “With conscientious memes on tiktok, still gauging what the viewers expect from us. Do they look at us as plain entertainers or will accept current issues to be presented by those whom they look up to for some relief?”

All for a smile

AAP, meanwhile, was all smiles and promises, after the election results were out on Promise Day! Some users found humour in Kejriwal completing a hat-trick, while others on BJP’s loss. As for another favourite, Rahul Gandhi and Congress party, how could they be spared? Neeche Se Dekho, Twitterati gave its due sarcastic respect to Rahul Gandhi after Congress clinched zero seats.  Actor-comedian Sahil Khattar, feels till the time a joke is a joke, it should be cracked. The same applies to meme as well, some of which he feels, “Are so funny that you can’t help but ponder and think and get lost in that thought.” Memes, even otherwise, he feels, “signify much more than a few laughs, especially of satirical comedy. Which is you commenting on that part of the society that is governed by a certain sect of people — political parties. And if you can put it out there, without commenting but still giving the message, that’s what comedy is all about! Memes really make a lot of sense when it comes to underlining the issues and reflecting on society.”

TV actor Sharad  Malhotra’s personal favourite is, “Ab Underground hone ka samay Ho gaya.” As for several memes doing the rounds after Delhi elections, he can’t help wonder, “They are all superbly talented and innovative.” Though he has a mixed opinions on memes in general, “Many of them are hard-hitting and harsh, and in bad taste. Social media is the hub of memes and they can easily create awareness.” All this while, the Twitterati is watching you, with eyes of a hawk, and wit of a pun, they’ll make a meme!