Filmmaker Gurvinder Singh, of ChauthiKoot-fame, believes one can take inspiration from a book but the film has to do justice to its essence on screen : The Tribune India

Filmmaker Gurvinder Singh, of ChauthiKoot-fame, believes one can take inspiration from a book but the film has to do justice to its essence on screen 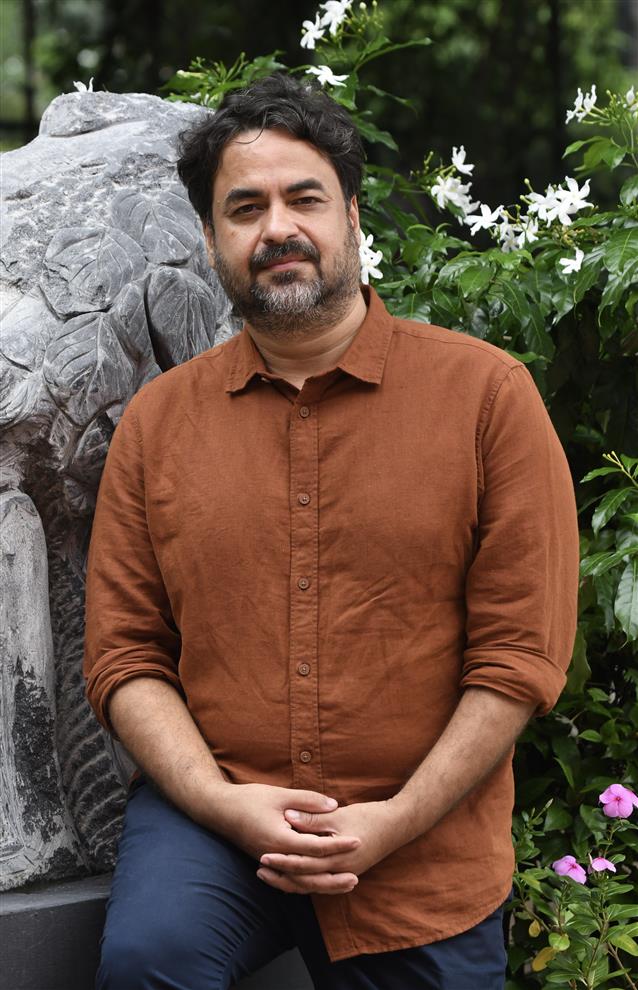 From a feeling of rootlessness to getting back to his roots, Gurvinder Singh was happy to be in Punjab after his days at the Film and Television Institute of India (FTII) in Pune. He gained experience, and then made films, including Anhe Ghore Da Daan (2011) and Chauthi Koot (2014), among others.

While Anhe Ghore Da Daan is based on Gurdial Singh’s book by the same name, Chauthi Koot has been adapted from Waryam Singh Sandhu’s short stories. Gurvinder has now turned a leaf and is going to make a film on the story that he has written – a musical that trails the life of a Punjabi singer. Interestingly, this singer is not one of the many that have turned actors in Pollywood, but a female!

While he is not divulging the name as yet, Gurvinder is happy bringing two of his films to Chandigarh, which he now calls home. The screening of the films have been organised by Punjab Lalit Kala Akademi.

“I grew up in Delhi. Mine is a family of refugees. Post FTII, I realised that ethnicity and anthropology were the setting for cinema. If I knew very little about Punjab, I knew nothing about UP as well. I chose Punjabi to be the language of my work, I had never explored the land in person.”

His first was a documentary, Pala, which was based on folk artistes in Punjab, and then came along Anhe Ghore Da Daan and Chauthi Koot. It’s not easy to win purist readers with cinematic adaptation of a book, but, interestingly, Gurvinder isn’t even aiming at that. “I am a storyteller and my language is cinema. One can take inspiration from a book for a film, which is a completely different medium but it should do justice to cinema,” he shares. Not that he wasn’t conscious of how Gurdial Singh would view his work. “Before Gurdial ji saw the film, it had already won awards. When he saw, he said, ‘with this I got to know the difference between cinema and literature’. It was such a great compliment.”

Apart from the musical, Gurvinder is also doing lots of non-fiction work. He is working on a 10-film series on drug addiction with Abdul Latif Jameel Poverty Action Lab (J-PAL) and University of California, Berkley. Meeting and interviewing former drug users who are in rehabilitation centres, he has made interesting observations: “Peer pressure, lots of free time, easy money and availability, and lack of direction has led many to addiction.” He believes this insider view would become the content for his films in the future.

While he keeps writing and making films, the painter in him has taken a backseat for a moment. “I love to paint. Though I haven’t done any serious work for about a year, but who knows when I do and have a series. It would be lovely to present my works in Chandigarh, which is relaxed and not as competitive as the art scene in Delhi and Mumbai.”

About awards and recognition, his films have opened at prestigious film festivals around the world. Anhe Ghore Da Daan won three National Awards. Gurvinder finds this satisfying: “To be recognised, gives you confidence to keep following your instinct and take the work forward.”

Meanwhile, his work Adh Chanani Raat will be screened at 5:30 pm at Punjab Kala Bhawan-16 on Friday. “I wanted to make art. I wanted be an artiste. That cinema could be an art and filmmakers are seen as auteurs is the kind of ambition that led me on to this path.