Who says guys can’t wear nail paint? Tough guys like Varun Dhawan and many Instagram influencers are flaunting their feminine side to challenge homophobia 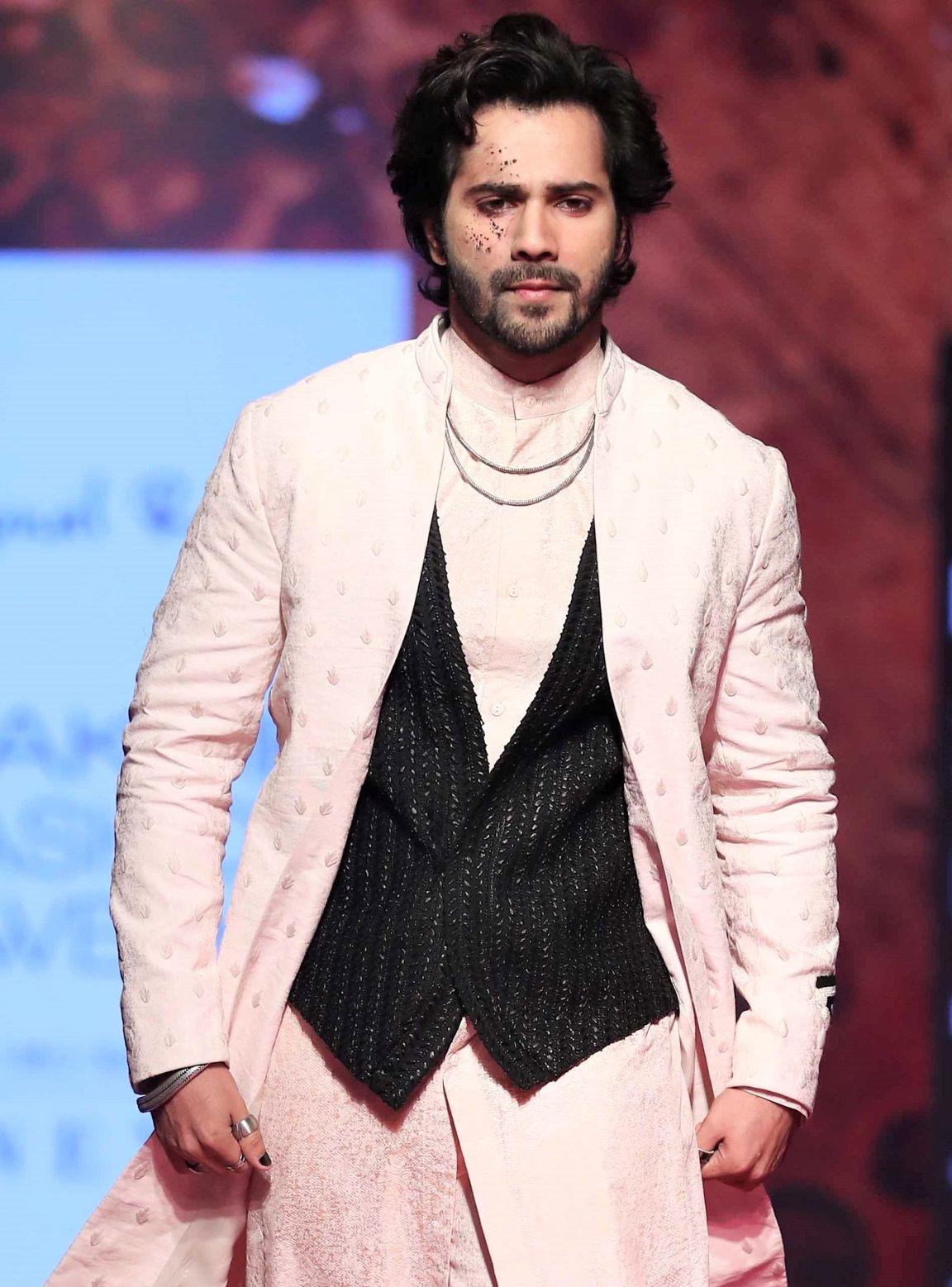 Varun Dhawan sported kajal and jewellery at a fashion show

Breaking the age-old gender stereotypes is the first step towards acknowledging LGBTQIA+ community. The notion that men can’t wear make-up or nail paint or dress up is the basic step that has led to homophobia.

Over the years many have challenged these prejudices by stepping out with nail art, make-up and flowery jewels, but mostly, Instagram influencers have managed to drive home the message loud and clear. We bring you these catalysts of change and how they started a dialogue by ‘doing what men are not supposed to do’.

Let nails do the talking

“Where’s your will to be weird?” asks Kartik Aaryan as he posted a black and white picture of him on Friday, shot by celeb photographer Dabboo Ratnani for his Calendar 2021. The highlight is Aaryan’s weirdly done nail paint. In a video from the shoot, the actor looks smitten by his own nail paint game. From Hollywood, actors like Brad Pitt and Johnny Depp, singers Harry Styles and Troye Sivan, rapper ASAP Rocky and Jonathan Van Ness, have added colour and drama to their manicured nails.

Bringing this conversation home is a task but stand-up comedians like Varun Grover and Abish Mathew are doing it as a way of self-expression. Abish shared a reel on Friday where his niece tried to do makeup on him to which, artist and Drag King Durga Gawde commented, “Can I do makeup on you too?”

On the other hand, National Award winning lyricist and stand-up comedian Varun Grover often shares videos showcasing his love for groomed nails with paint on it. His display picture (DP) on Instagram has him leaning on his hand with pastel shades on his nails. He had earlier tweeted a photo of his coloured nails in support of a young boy who was being ridiculed for wearing lipstick. He says, “Nail paint makes my hand look beautiful and colourful with minimum effort. (I) am surprised why more people don’t wear it.”

He adds, “And I am coming from the same world of conditioning as everyone here but now when I think about it, it feels so bizzare that a simple act of putting colour on your nails can be considered so gendered and scandalous. I have had a couple of really ugly homophobic responses about it too but not sharing them here.”

Influencers like Ankush Bahuguna, Siddharth Batra and Chandigarh-lad Vishnu Kaushal have taken the game further. Ankush and Vishnu are coming up with their side pages on Instagram, @wingitwithankush and @vishnutoo, respectively, their content highlights how men need to be seen. Batra, whose bio reads CEO of guy beauty, does not bow down to critics. Batra, who collaborates with his father and grandfather in many videos, wears blingy jewellery, nail paint himself and he has also taught his parents to rock those looks.

Vishnu Kaushal also loves to express himself freely. While there’s a trend to steal your boyfriend’s shirt and jeans, Vishnu and Batra have given it a spin and worn clothes and jewellery stolen from their girlfriends’ wardrobe. Couple goals of a kind!