As Omicron cases soar, #dolo650 trends and meme makers have a field day with this 2022's ramban 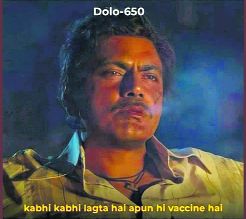 While one agrees these have been unprecedented times, what one wasn’t prepared for was seeing an ordinary medicine become the ‘favourite snack’ of the times. As Omicron cases increase rapidly, social media has ‘Dolo 650’ trending! 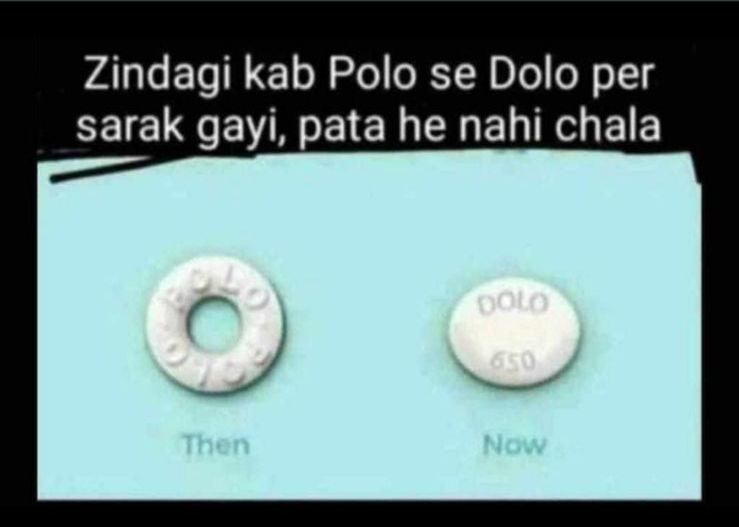 Dolo is the go to tablet for all the blues now. This sure has made #dolo650 soar on social media. Author-director Tahira Kashyap shared a song on Instagram celebrating Dolo 650 and its uses. “I have officially lost the plot! Also my love for dolo #dolo #dolo650 #omicron #corona #gocoronago #reels #reelitfeelit,” she posted with her short video.

Dialogues, songs to scenes ...meme-makers have turned twitter into a Dolo-verse. “Many problems, 1 solution #Dolo650 be like: Mai… Merko sab aat hai. Mai expert hun...,” is one of the memes. Then there is #dolo650 supremacy with Omicron claiming (Chrysler Building in the background) ‘I have sore throat, fever, body ache, cough’ to Iron Man stating ‘We have Dolo 650’ (very like Mere pass maa hai way)