Business tycoon Ratan Tata, shared a picture of the employee on his Instagram and said gestures like these go a long way for stray animals 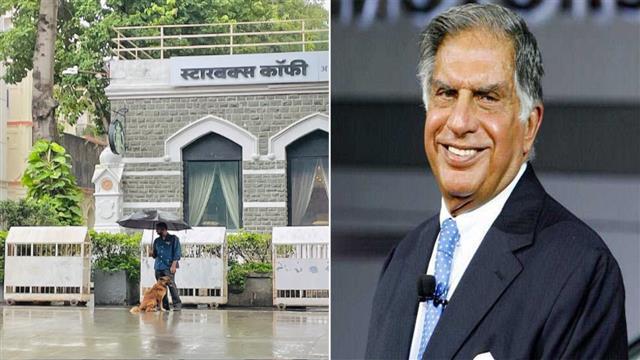 Every kind act has a ripple effect. One such example is that of a Taj Hotels employee who shared his umbrella with a furry friend during heavy downpour in Mumbai. So, when this staff member was giving shelter to a stray canine who sat comfortably by his feet, it caught someone’s attention. This someone is none other than Tata Group chairman emeritus Ratan Tata. The industrialist took to his Instagram account to post the heartwarming moment. He captioned it, “Sharing comfort with the strays this monsoon.”

In his post, Ratan Tata also lauded the efforts of his employee as he wrote, “This Taj employee was kind enough to share his umbrella with one of the many strays while it was pouring quite heavily. A heartwarming moment captured in the busy hustle of Mumbai. Gestures like these go a long way for stray animals.”

This isn’t the first time that Ratan Tata has expressed his love for stay animals or such beautiful gestures. The 83-year-old business tycoon is known for his fondness for stray animals, especially dogs. At Bombay house, the global headquarters of Tata Group in Mumbai, there is a dedicated kennel that provides shelter to stray dogs living around the area. From using his platform to help with rescue and adoptions, to spending Diwali with the adopted dogs in the company’s headquarters, Ratan Tata has been very open about his admiration for these special four-legged friends. In fact, the businessman shared that Goa, a rescued stray, is his office companion.

The heartwarming post is here for you to see.

Such thoughtful acts ought to win hearts. So, when Tata shared the post, Instagram was flooded with love, appreciation and heart emojis. Just last week, a similar incident went viral when a Kolkata traffic police constable named Tarun Kumar Mandal of East Traffic Guard was seen sharing his umbrella with two stray dogs while managing traffic near 7 point crossing at Park Circus. The picture was everywhere on social media and Kolkata Police called it the ‘Moment of the Day’.