Ritesh Deshmukh has advice for Kapil Sharma : The Tribune India 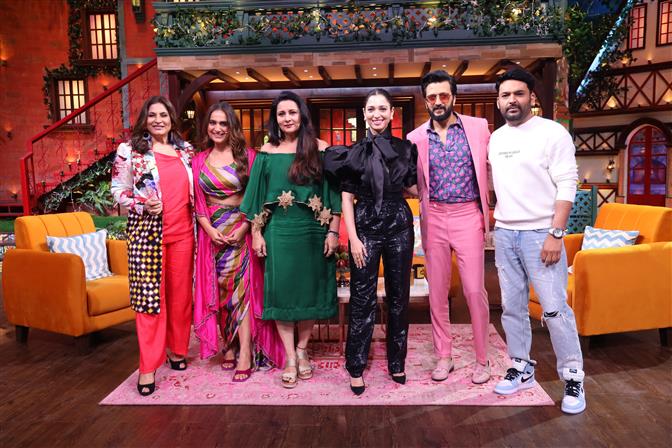 Plan A Plan B cast at The Kapil Sharma Show

Sony Entertainment Television’s The Kapil Sharma Show has brought back the laughter with its brand new season.

This weekend the cast of Plan A Plan B, Ritesh, Tamannaah Bhatia, Kusha Kapila and Poonam Dhillon, will be gracing the sets, joining the laughter riot.

In conversation with the guests, host Kapil Sharma would be seen pulling Archana Puran Singh’s leg leaving everyone in splits with his hilarious gesture. Kapil in a jest would tell Archana, “Kusha has been a judge on a comedy show. She has experienced being on a chair, laughs nicely and cracks jokes too (hinting at Archana). Just informing you.”

Archana would take a dig at Kapil while responding, “Ritesh Deshmukh does good comedy, looks handsome, laughs and makes people laugh, his budget is friendly too.” To this Kapil says, “Ritesh has good values and doesn’t take anyone’s chair and has worked hard and earned his name.”

Batting out of the stadium, Ritesh leaves everyone in splits by saying, “I come from a political family so don’t talk about chair.”