Renowned comedian Jagdeep is no more, yet his inimitable style has left a mark hard to erase. Seen in well-known Bollywood films, the actor will surely be missed 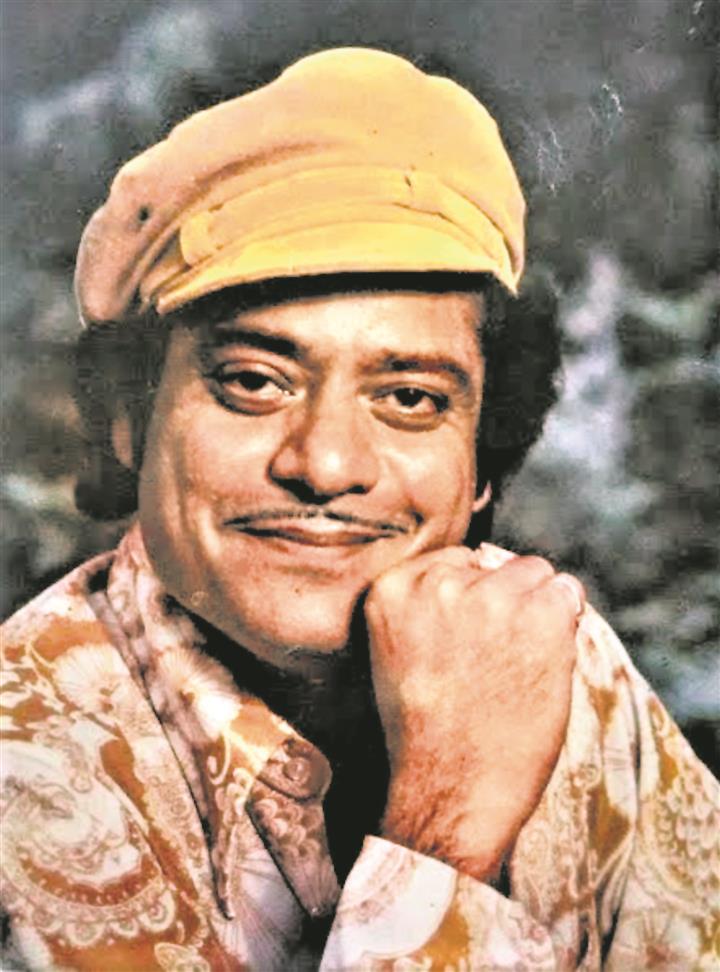 The Soorma Bhopali of Sholay bid adieu to the material world on Wednesday. His birthday video that has since gone viral remains one of his last – his smiling face to remember him by.

Born as Syed Ishtiaq Ahmed Jaffrey in Datia, Madhya Pradesh, in 1939, he came to Mumbai around Partition. Helping his mother make a living, he was picked up to enact a role in a film from the streets. Rest, as they say, is a rags-to-riches story. From his first break in 1951 in Afsana as a child artiste, he continued to work as late as 2012; however, sparingly in the 2000s. He played a hero in some movies, directed a light-hearted comedy but it was his comic timing that won him fame. His two sons, Jaaved Jaffrey and Naved Jaffrey, have earned a name in the entertainment industry

Jagdeep’s Sholay co-stars, Amitabh Bachchan and Dharmendra, paid him tributes. “Jagdeep ... the actor of exceptional comedic repertoire, passed away,” wrote Bachchan on his blog on Thursday morning. “He had crafted a unique individual style of his own ... and I had the honour of working with him in several films ... the more prominent ones in the eyes of the audience being Sholay and Shahenshah.” Bachchan also commented on Jagdeep’s screen name, “Adopting Jagdeep as his film name was such a gracious factor that exhibited the unity

in diversity of the country ... there were many others at the time who did a similar thing.”

“I am very, very sad. I have worked with him in quite a few films. He was not just a comedian, but a talented actor. An actor like him cannot be forgotten,” said Dharmendra.

“Jagdeep saheb had first appeared on the screen as a winsome child artiste in films like Do Bigha Zameen. As a young man, he played highly emotional and dramatic roles in films like Bhabi, Patang. Comedy was his second successful innings. Great talent, underused, (sic)” rued Javed Akhtar of Salim-Javed duo, who gave Jagdeep his iconic Soorma Bhopali role in Sholay.

“I have worked with Jagdeep in a couple of films and I must say he has done some iconic roles. He was a brilliant artiste, and his comic timing was the one thing I have always admired. He was very professional and dedicated towards his work. We used to hang out a lot back in the day after shoots. I always enjoyed his company. I wasn’t aware of his death, and it gave me a shock when I heard about it. It has been a terrible year for the industry. I pray for his soul to rest in peace. My favourite character of Jagdeep is Mathuradas in Ganga Ki Saugand and Soorma Bhopali in Sholay. I also remember the golden era working with ace directors like Sultan Ahmed and actors like Jagdeep in meaningful films. I loved working with them. - IANS

Heard the sad news of Jagdeep saab’s demise. Always enjoyed watching him on screen. He brought so much joy to the audience. My deepest condolences to Jaaved and all members of the family. Prayers for Jagdeep Saab’s soul.

My first film & the first time I ever faced the camera, was in the film #yehrishtanatoote with the legend himself #Jagdeep bhai. We will miss you...May his soul rest in peace. Our prayers & deepest condolences to the family.

Rest in peace Jagdeep sahab !! Thank you for all the memories that I have watching your films and performances in my childhood!! You will be missed by us all!! Condolences to the family!!!

Extremely saddened by the news of Jagdeep ji’s demise. I had the good fortune to share screen space with him in Rishtey, such wonderful comic timing, in his inimitable style and an even more wonderful human being.

Jagdeep Saab was one of the greatest actors of India...I was his huge fan & was lucky enough to have worked with him in Ek Baar Kaho & many more films...he was always extremely supportive & encouraging...sending my heartfelt condolences & prayers to my friend Javed & family...

Really sad to hear about Jagdeep sahab. What a phenomenal actor & a wonderful person. He has entertained my generation all through our growing years. He was also my reference point for Ishqiya. Thank you Jagdeep sahab... Allah aapko Jannat Naseeb farmaye -RIP