Stand-up comedian Raju Srivastava is no more. Yet, he has left behind a legion of fans who will always remember his clean comedy : The Tribune India

Stand-up comedian Raju Srivastava is no more. Yet, he has left behind a legion of fans who will always remember his clean comedy 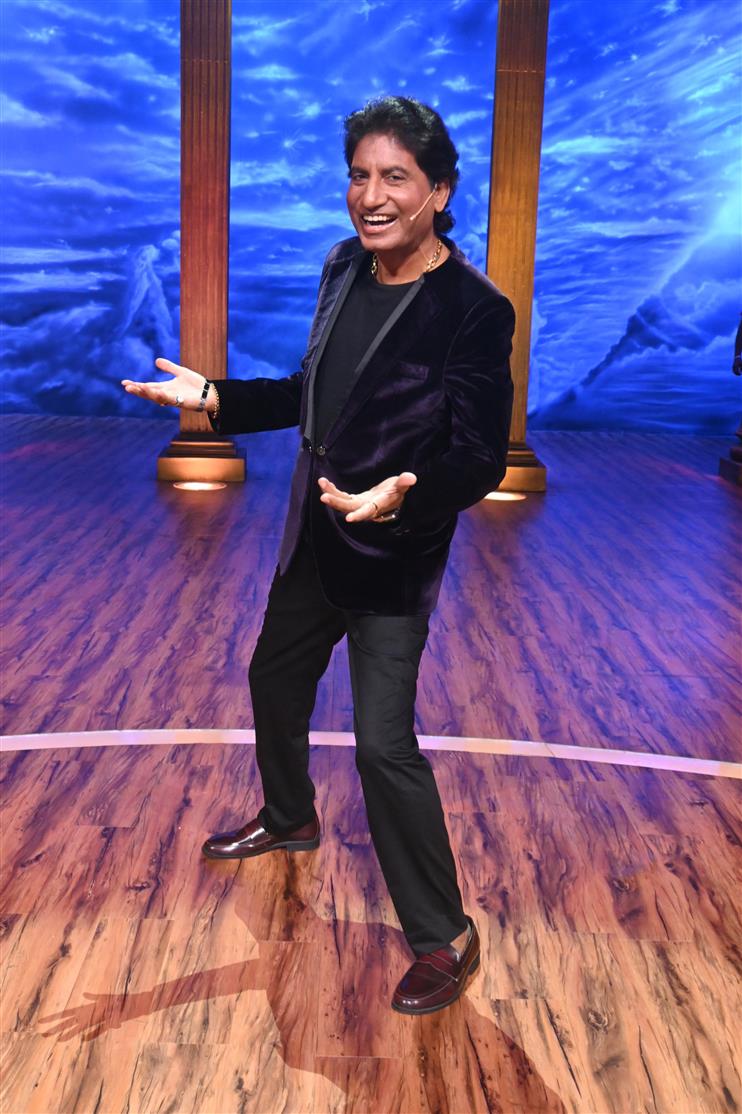 Spreading laughter wherever he went, the news of the passing away of stand-up comedian Raju Srivastava has brought many to tears.

Spreading laughter wherever he went, the news of the passing away of stand-up comedian Raju Srivastava has brought many to tears. He suffered a heart attack while training at a hotel gym on August 10. Raju was admitted to AIIMS, Delhi, and was struggling for life till he breathed his last on Wednesday morning. He was 58.

Spotted at first for being a lookalike of Amitabh Bachchan, Raju’s mimicry skills were something that helped him land small roles in movies, and television shows such as Tea Time Manoranjan and Shaktiman.

Born in Kanpur, Uttar Pradesh, as Satya Prakash Srivastava, it’s his stage name, Raju, as a contestant in The Great Indian Laughter Challenge, which got him name and fame. The name Raju was a mistake by the host in one of the live shows he performed in while in his teens. People remembered the name Raju, as it was easy!

The road to success wasn’t easy but the great observer that he was, Raju put his struggling days into his stand-up performances years later. In Mumbai when small roles couldn’t sustain him, Raju also drove an auto-rickshaw for a brief period. What films like Maine Pyaar Kiya, Baazigar and Aamdani Atthani Kharcha Rupaiyaa couldn’t give him, The Great Indian Laughter Challenge did. While he was second runner-up in the show, soon a spin-off with the winners was formulated and called The Great Indian Laughter Challenge: Champions, where he was declared the ‘King of Comedy’.

Raju has thousands of live shows under his name in countries like US, Britain, Australia, South Africa, Kenya, Fiji, Dubai, Bangkok and Hong Kong.

The world knew him as GajodharBhaiya, for most of his performances automatically melted into this one character, but he served as an inspiration to many Indian comedians.

Several celebrities took to their social media handles and paid tributes of Raju Srivastava. Vicky Kaushal shared a picture of Raju on his Instagram Story and wrote, “Rest in Peace. Heartfelt condolences to friends and family.” HrithikRoshan tweeted, “Forever in our hearts. Rest in peace Raju Srivastava sir. My condolences to the family.” SonuSood shared a picture of the comedian on Twitter and wrote, “RIP Raju bhai.”

Rajpal Yadav wrote, “I have no words to describe this loss. You have left us all too soon. You will be missed my brother. I just can’t believe this #RajuSrivastava #RIP.”

Bharti Singh tweeted, “Shocked & Broken with the news of our favourite #RajuSrivastavji… My heartfelt condolences to his family #riprajusrivastav.” VarunDhawan shared a picture of the comedian and wrote, “Om Shanti… Raju sir.” Akshay Kumar, Neil Nitin Mukesh and many others also offered condolences to his family. Comedian-actor VipulGoyal, while sharing a picture with Raju, wrote, “RIP Legend. #rajusrivastava.”

2007-14: He played various characters in Comedy Circus which aired on Sony.

2009: Participated in Bigg Boss Season 3, which was hosted by Amitabh Bachchan.He was evicted in week nine

2013: Raju with his wife Shikha participated in Nach Baliye 6

2013-16: He was part of Kapil Sharma’s team in Colors’show, Comedy Nights with Kapil

2014: Hosted a show Gangs of Haseepur on Zee TV

2017: He made a special appearance in an episode of The Kapil Sharma Show with fellow comedians Sunil Pal and Ahsaan Qureshi