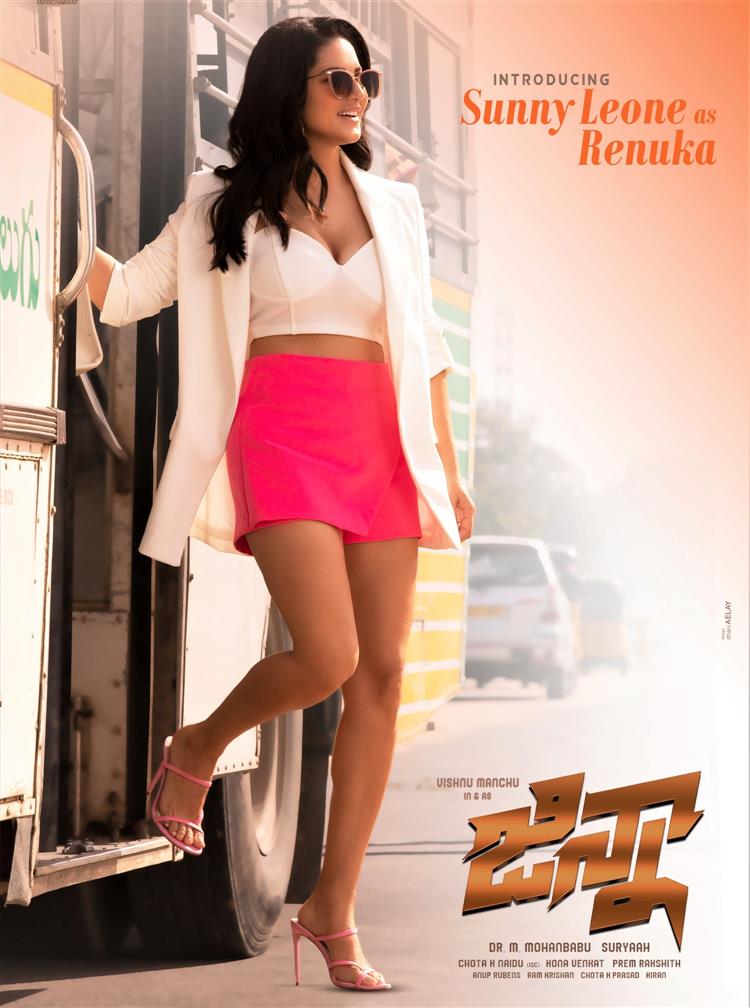 Vishnu Manchu’s upcoming film Ginna will feature Sunny Leone in the lead role. The actress’ first look as Renuka has been unveiled by the makers. Donning a gorgeous pink and white playsuit, Sunny is sensational as ever. Directed by Surya, the film, starring Vishnu alongside Payal Rajput and Sunny Leone, is a wholesome mass entertainer. A frothy mix of masala with thrill, comedy, action and drama, the first look is making waves with fans.