While Punjabi movies are back in business with shoots resuming, those on the sets are tentative. The new normal will sure take time to become the new norm 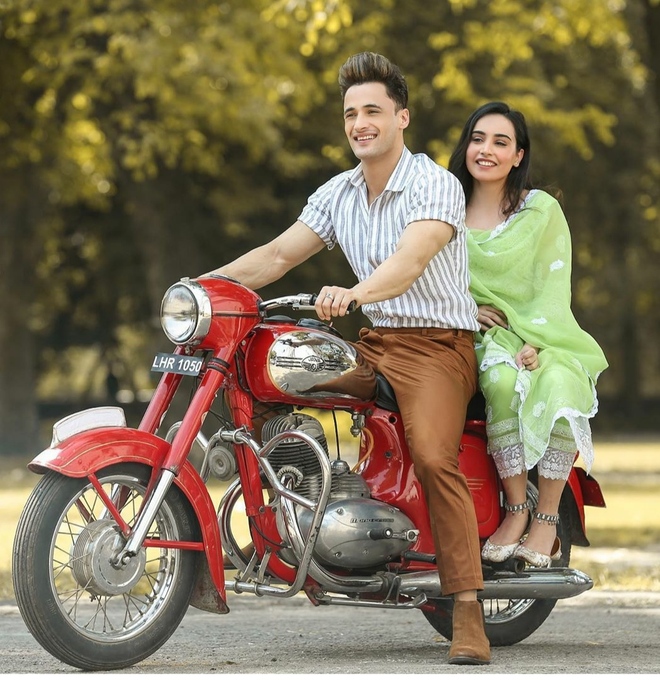 A shot from teri gali shared by barbie maan on instagram.

As much known for their gregariousness, Punjabis are equally famous for their never say die spirit. While even during the lockdown one saw new songs being released, now shooting for films and serials has also begun.

Actor Dheeraj Kumar candidly admits that being called back to the sets of the film Warning was one of his biggest highs in the recent times. “When Gippy bhaji met the CM and government allowed resumption of shooting, it felt normal life would be back again. I love that we are shooting again, but it’s not the same,” he says.

Support staff spending their entire time in PPE suits in such sizzling weather is indeed creditable. “I appreciate Humble Motion Pictures for ensuring safety of everyone. I am looking forward to Warning winning accolades,” he adds.

Ranjeet Singh, line producer with Team KV Production & Casting, has worked on a couple of songs during the last few weeks, “Some of the songs that I have recently worked on are Love Sandhu’s new track and Barbie Maan’s Teri Gali. Things sure aren’t easy. Getting permissions is difficult. Transportation is an issue.” As for crew being limited, adds Ranjeet, “Song units are not that elaborate but for films or series one needs a crew that runs up to 100, so many projects are on standby for now.”

Kanwalpreet Singh is currently shooting for Vilayti Bhabhi in Mohali and things sure are not the same. “I carry my food from home, the cast and crew is restricted and there is every possible effort to maintain social distance. But one needs to understand things in Punjab are different. People still come and straight away lunge for a good hug; I make-do with folding hands. But I am glad things are looking up.”

“Now that shoots are on, the atmosphere on the sets is okay but fear of corona stills looms,” opens up director Pawan Parkhi. “I have shot mega-serials for all big channels, but shooting Tu Patang Main Dor in Punjab is a unique experience in itself. Here we get a real mazaar, khet and gurdwara,” says Pawan, a department of Indian Theatre passout from Panjab University, who came from Mumbai for three months to set up the show, but lockdown forced him to stay back. “Being a freelancer I am used to being without work for months, but I had never stayed locked at home. I even had to take anxiety pills to keep the stress down, but now that we are working its only upswing from here. Our unit is properly being taken care of and it is good to be back on one’s turf.”