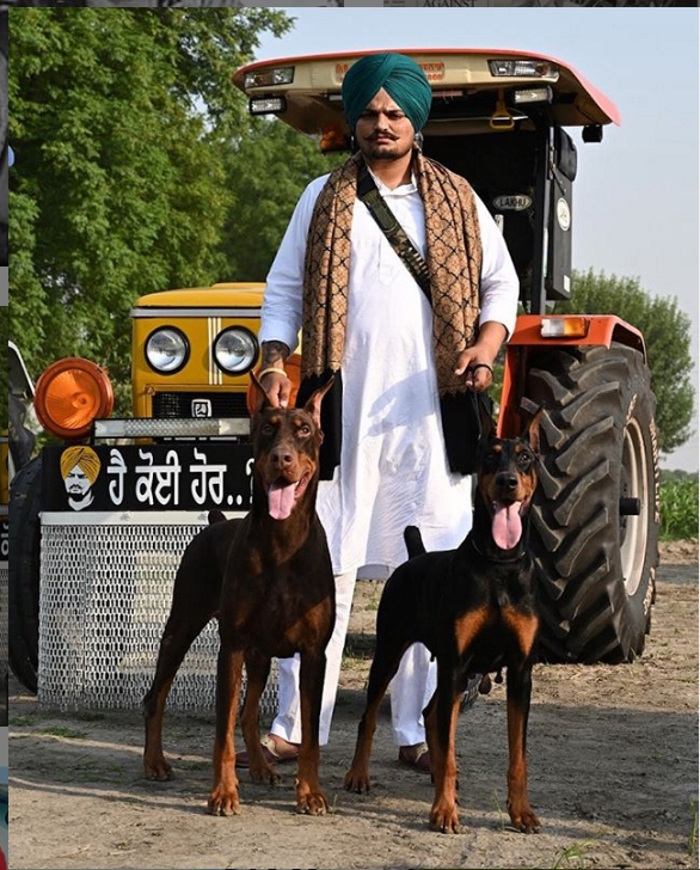 Punjabi singer Sidhu Moosewala’s murder has cast its shadow on the Punjabi music industry. Barring a few tribute songs for Moosewala, film songs and a few melodies from new artistes, not much has been released post the shocking incident. The big names of the industry seem to have turned to their film career and live concerts for the time being.

While many feel creatively crippled and are reluctant to go back to singing and some are patiently waiting for things to go back to normal.

We talk to artistes, young and seasoned, to know whether it is the toughest time they have faced so far, both creatively and commercially.

Lyricist YoungVeer has written songs for Nawazuddin Siddiqui’s upcoming film Noorani Chehra and also Punjabi film Jind Mahi. He says, “It is only film songs or music by new artistes which are out. As people are trying to come to terms with Sidhu Moosewala’s death and many singers are revisiting Moosewala’s songs and reinterpreting his verses. In other words, his death has reintroduced his songs and those are the only songs beside few tribute songs which the audiences have accepted. But as most of the shooters have been caught, hopefully that will help the music industry to move on.”

Moosewala’s 2021 song 295 made him the first Punjabi artiste to enter Billboard Global 200 Chart in June, for the song made a surprise entry owing to the diaspora exploring his works.

The owner of newly launched music label Alpha Studios, Rupinder Sandhu, has released just one song, Heart Attack. Post that, their songs have been on hold as a mark of respect to Moosewala. He says, “Punjabi songs are shot and recorded well in advance. After the unfortunate incident, no one would like to hear songs that have gun culture as a theme. This creates a complicated situation. The audience is still grieving. Many artistes have tried to revive Punjabi music in this past two months but nothing has clicked.”

According to singer Sajjan Adeeb, “I have a few songs on hold. Those will be out once the situation improves. As for Moosewala’s legacy, neither anyone was in competition with him, nor will he be replaced.”

Actress Rumman Ahmed feels the industry and audiences are grieving this loss together. She says, “Since most Punjabi songs have fun and celebratory vibes, they don’t sound right considering the mood of the state. Going against this emotional tide might cost artistes their fan base.”

But the situation has not been able to dampen the craze for Punjabi music if the sold-out live shows in foreign countries are anything to go by.

Actor and RJ Ranjha Rajan says, “A few singers did release their songs post Moosewala’s murder, but people have rejected them. Many have put negative comments on those releases. We are forgetting that just like a regular employee, it’s an artiste’s job to create. It is an entertainment for the masses but it’s employment for the artiste and those in the entertainment business. It’s easy to judge someone and comment, but let’s not forget that saying bad things to any artiste will be like sowing the seed of hatred.”

Lyricist-writer-actor Gill Raunta, who was a part of Sidhu Moosewala’s last film, Yes I Am Student, is finding it hard to return to writing after the incident. He says, “Many artistes are now finding the true meaning of words such as ‘fame’, ‘glory’, ‘success’ and ‘dreams’. The name Sidhu Moosewala meant success. The dream to become like Moosewala has turned into a nightmare now. Everybody needs time to sit back and think before going back to work. I am finding it difficult to write. There’s nothing but the shared memories. All I could write after that unfortunate day is a poem for him and his parents. Things will change but when is the question.”

Singer Harleen Singh feels new artistes who thought they would become public figures by singing songs and releasing their album will now be considering other career options. “Forget about fresh melodies, the audience is not even ready for tribute songs as they feel the singers are trying to gain from this tragedy. Singers will now distance from lyrics which involve gun and violence,” he adds.