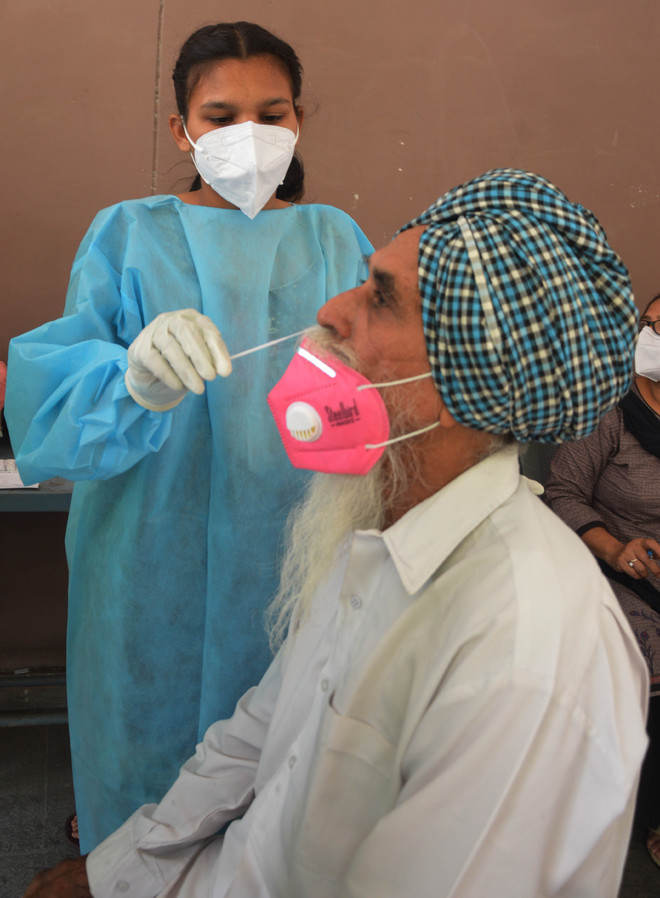 An elderly person getting his test for covid done.

As many as 1,347 persons tested positive for Covid, while 20 lost their lives to the virus in the district in the past 24 hours.

Those who tested positive included four healthcare workers, two pre-operative cases and an undertrial, while tracing of 327 is still to be done. 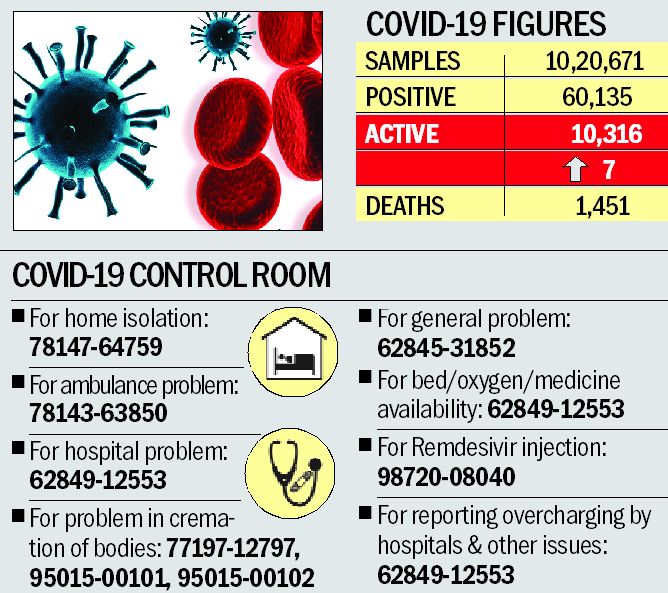 Total 9,053 samples were collected and report of 384 samples is pending.

Civil Surgeon Dr Kiran Gill has asked the people to follow all the necessary protocols and stay at home and go out only when required. “Together we can fight this virus and break the chain,” said Dr Gill.

As the Covid-19 restrictions have been imposed on opening of non-essential shops, the administration cleared that some more shops were also allowed to open till 5 pm, except during the weekend curfew.

The Sahnewal police found 1,157 empty oxygen cylinders at a plant at Giaspura during checking. Deputy Commissioner Varinder Sharma has given orders to send these cylinders to other plants for refilling.

The SHO, Balwinder Singh, said the DC had given orders to check gas plants in the areas coming under the police station.

“During the checking it was found that the plant had been lying closed for the past two months. The owner of the plant will be shifting these cylinders to other plants for refilling,” said the SHO, Sanhewal.

In addition to this, four more micro containment zones were formed at Raheri in Khanna, Jamalpur Colony in Focal Point, Kitchlu Nagar and Mandir Wali Gali in Durgapuri.