9 lose battle to Covid in Ludhiana 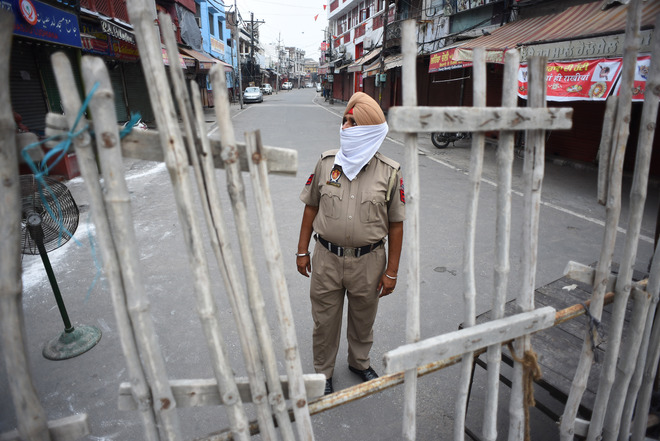 With continuing spike in Covid cases, the number of patients on ventilator has also increased considerably. Today, 11 patients were on ventilator.

Before the district started to see a sudden spike in the cases, three or four persons on an average were put on ventilator on a given day. There are 31 ventilators in the district, of which none is at the government hospital.

Additional Chief Secretary (Health) Anurag Aggarwal, during his visit to Ludhiana on Saturday, directed all private hospitals providing Covid treatment in the district to reserve at least 50% of their ICU beds for Covid patients. He warned the representatives of private hospitals that no lapse on their part regarding turning away patients would be tolerated by the Punjab Government. Each and every death case is being monitored by the state government. He said a formal order in this regard would be issued shortly.

No ventilator is installed at Civil Hospital due to the shortage of trained staff. The hospital had 14 ventilators more than a year ago. The cost of these ventilators is about Rs 2 crore.

Meanwhile, 193 more people tested positive for Covid while nine lost their life to the virus today.

The reports of five persons who gave samples at Civil Hospital, Khanna, have come positive. They include four members of a family from Amloh Road, Khanna. The fifth person is a 34-year-old woman from GTB Nagar, Khanna.

A 53-year-old woman and a 42-year-old man, both from Khanna, who gave samples at the DMCH and Max, Mohali, have also tested positive. The former is a resident of New Model Town whereas the latter is from Friends Colony.

With these seven cases, the number of cases from Khanna has reached 124.

A conversation between a person and a Field Ganj-based doctor went viral on Saturday. In the viral audio, the person asks the doctor for a medical fitness certificate and Covid-negative report as he, along with his friends, was planning to travel to Shimla. The doctor demands Rs 1,500 for the same. He says of the amount, Rs 1,000 will go to a laboratory. The Assistant Civil Surgeon, Dr Balwinder Singh, said no doctor had been authorised to issue such certificate and testing is also done at government hospitals and at a few authorised labs only. Action will be taken if any doctor is found indulging in such practice, he said.