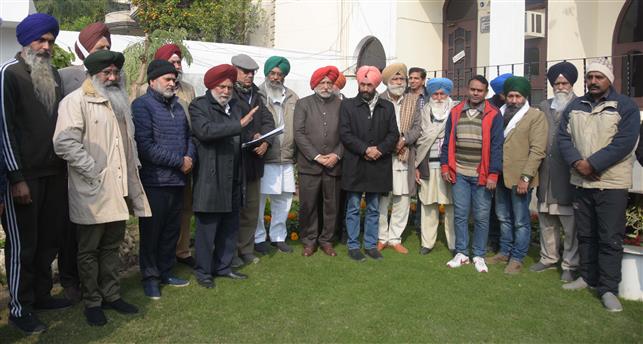 Apna Punjab Party and former Aam Aadmi Party (AAP) members held a meeting here today and passed a resolution to extend their support to the Sanyukt Samaj Morcha (SSM). On this occasion, the members of the Apna Punjab Party announced the merger of their party with the SSM.

In the general meeting of the Apna Punjab Party, the members passed a resolution to merge their party with the SSM. The meeting was held at the residence of party’s vice-president Jasbir Singh Dhaliwal.

A party member, DS Grewal, said: “Members of Apna Punjab Party and former members of AAP were present in the meeting.”

Dr Harjinder Singh Cheema of Apna Punjab Party said: “We merged our party, with the SSM without any condition. We are supporting the morcha.”

Jasbir Singh Dhaliwal of Apna Punjab Party said they had extended support to the SSM, led by Balbir Singh Rajewal, without any condition for the upcoming Assembly elections.

He said they would not seek ticket for contesting the elections this year.