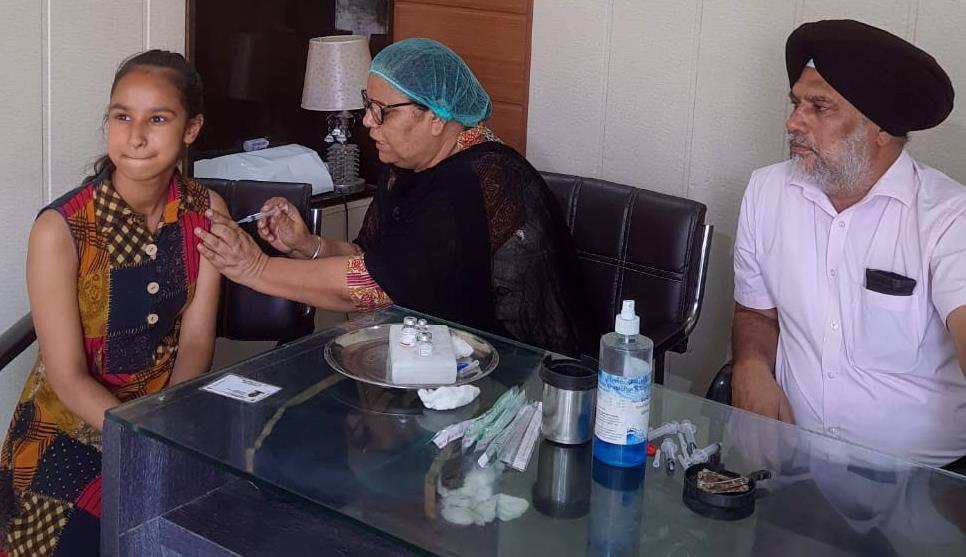 A girl gets vaccinated against Covid in Ludhiana on Thursday. Tribune photo

The daily Covid positive cases and positivity rate of virus patients has touched a six-month high in Ludhiana district, the official figures have confirmed.

While the death count of Covid patients has crossed the 3,000-mark to reach 3,001 today, the count of active virus cases has also risen to six-month high in the district.

The official figures compiled by the district administration, a copy of which is with The Tribune, showed that 70 Covid cases reported in Ludhiana on Thursday and 77 on Wednesday were highest after 94 virus patients recorded here on February 6.

After February 6, the tally of daily Covid patients had started receding to touch 11 on February 27 and further hitting the lowest of zero on March 30 and 31.

From April 1 to June 10, the daily case count remained in single digit and on several occasions, it was recorded zero.

Since June 11, the daily number of Covid patients had once again started rising to double digit and touched six-month high on July 27 and 28 with 77 and 70 persons testing positive for the dreaded virus on Wednesday and Thursday, respectively.

Similarly, the Covid hit rate, a key indicator of virus surge, also shot up to its six-month high of 2.1 per cent on July 25, which was highest after 3.26 per cent positivity rate recorded here on February 5.

On February 6, the virus hit rate had dipped sharply to 1.58 per cent and since then, it was falling continuously to touch 0.11 per cent on February 24 and 25 while it further decreased to 0.05 per cent on March 5 before plunging to the lowest of zero positivity rate on March 30 and 31.

On the active case front as well, the situation was no better. With Covid active cases touching 361 on Thursday, the count was highest after 384 virus active cases recorded here on February 12.

From February 13, the active case had started receding to touch double digit of 97 on February 23, and further coming to single digit of 9 on April 3.

However, the virus active patient count had once again started rising from April 5 and since then it remained in double digit till June 16, barring June 5, when it reached 9.

From June 17, the number of active Covid cases further rose to three digits when it reached 113.

One person lost his life to Covid while 70 more people tested positive for the virus in the district on Thursday.

As on today, there are 361 active cases out of which 343 have been asked to isolate themselves in their homes while 18 are admitted in private hospitals.

Though the number of daily Covid cases are on the rise, the situation is well under control and there is no need to panic. However, the residents are advised to follow Covid appropriate behaviour even as the district administration is fully prepared to deal with the situation. – Surabhi Malik, DEPUTY COMMISSIONER 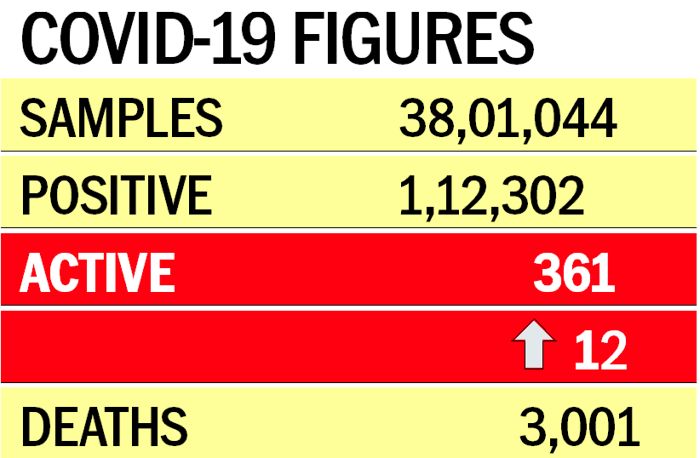