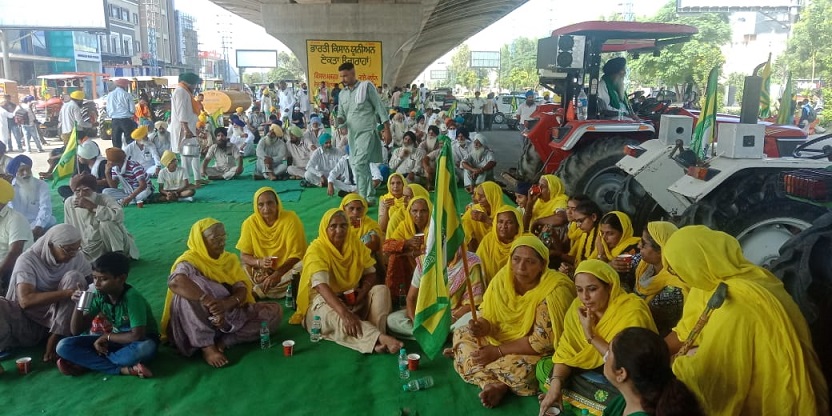 In view of the Bharat Bandh call, the farmers and their supporters staged protests by blocking highways at various locations in Ludhiana district on Monday.

Raising slogans against the Modi government, the protesting farmers were demanding repealing of the farm laws at the earliest. Amid the protest, the shops and other commercial establishments remained closed in the city.

Members of Majlis Ahrar Islam Hind burnt an effigy of the central government near the Jama Masjid here. The members said they stood with the farmers.