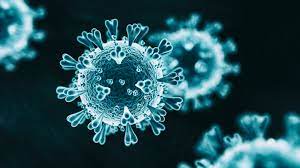 Five cases of Covid-19 were confirmed during the past 24 hours in the Ludhiana district. Of them, two patients suffering from influenza-like illness had visited Flu Corner and one visited OPD. A healthcare worker is also among the infected.

Meanwhile, DC Varinder Kumar Sharma on Wednesday appealed to people of Ludhiana to continue to observe the Covid protocols and get vaccinated.

Interacting with people of the district in his Facebook live session on the official page of the DRPO, Ludhiana, the DC said with the overwhelming support of the people to the vaccination drive, 14 lakh citizens have received the dose of the life-saving jab and the aggressive inoculation drive has reduced the Covid positivity rate to below 0.05 per cent in the last few weeks.

He said due to a decline in the positivity rate, the state government has further issued fresh relaxations, including an increase in the number of people in indoor gatherings to 150 and outdoors to 300, subject to an upper limit of 50% of the capacity. — TNS