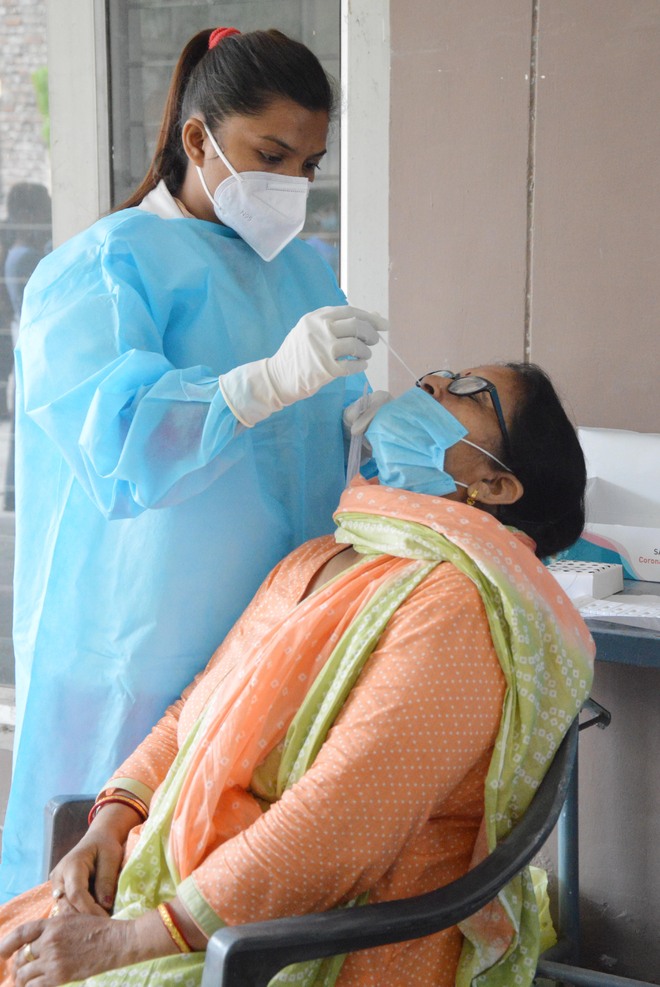 A sample for covid test is being collected at Civil Surgeon Office Ludhiana. Photo: Inderjeet Verma

Ludhiana recorded the highest single-day spike of 879 Covid-19 cases on Wednesday. The virus also claimed the lives of seven more persons of the Ludhiana district during the past 24 hours. 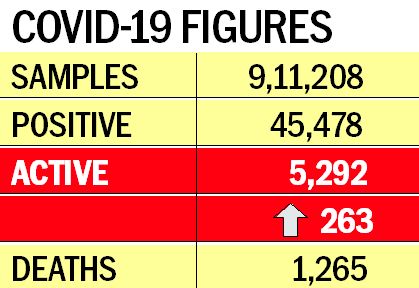 The Health Department today confirmed 974 fresh cases — 879 from Ludhiana and 95 from other districts or states. In Ludhiana, 93 patients came in contact with positive patients, 162 visited OPDs, and 408 visited Flu Corner. Ten healthcare workers, undertrial, cop and two persons with a severe acute respiratory infection have tested positive for the virus. Besides, 199 patients are yet to be traced.

At present, there are 5,292 active cases that belong to Ludhiana. Twenty patients — 14 from Ludhiana and six from other districts or states — were on ventilator support. A total of 9,932 samples were collected today for Covid-19 testing.

Now, the total number of patients related to Ludhiana is 45,478, while 6,936 patients belong to other districts/states. A total of 1,265 people from Ludhiana and 652 from other districts have lost their lives due to the virus.